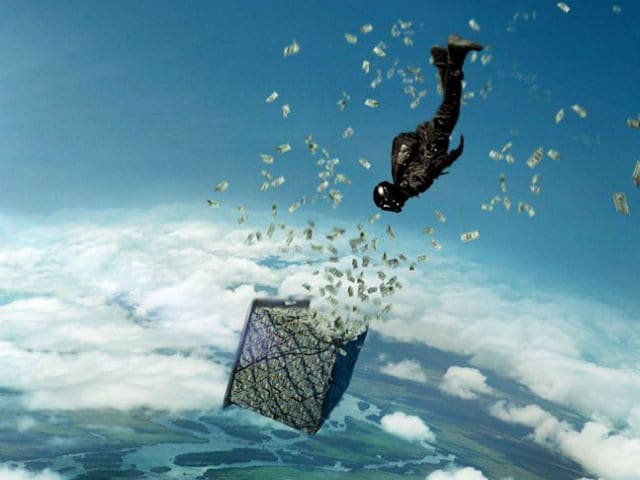 Over the course ? or should I say obstacle course? ? of Point Break, people hurl themselves off cliffs, down slopes, through waves, out of windows (and planes), and up rock faces. In Ericson Core?s remake of Kathryn Bigelow?s brilliant 1991 thriller, the story of an athlete turned FBI agent is mostly an excuse for showcasing impressive stunts.

Bodhi and company rob the rich and commit death-defying acts around the world, to ?honor the Earth.? It?s all about radical self-fulfillment, though the gang also conspicuously depends upon a rich patron who gives a lot of parties.

Make sense? No? That?s fine, really, because the less you try to parse the group?s rationale, the better. The appeal of this Point Break is its high drama (the stunts) and definitely not its dramatic filler: Johnny getting flak from his FBI handler (Ray Winstone), or Bodhi and his lone female comrade (Teresa Palmer) intoning slogans that could be ads for organic cereal (?Read the flow?).

It?s the globe-trotting feats that make the grade. These set pieces feel a bit more like appreciations of extreme sports than action-movie sequences, but the climax ? a wingsuited flight down an Alpine canyon wall partly shot with body cameras ? puts to shame your average frictionless superhero aerial acrobatics (even if Johnny and friends look like flying squirrels in sleeping bags while doing it).

Other attractions in the lineup of stunts include dizzying rock-climbing at Angel Falls in Venezuela, and a sky-diving grab for a giant brick of cash (which I?ll pretend is a visual reference to the classic Nirvana album cover). Nowhere does Core?s film approach the action-movie chops or psychological smarts of Bigelow?s original or, truth be told, benefit from actors displaying the same charm as her stars. But for a number of liberating airborne seconds, none of that may matter.