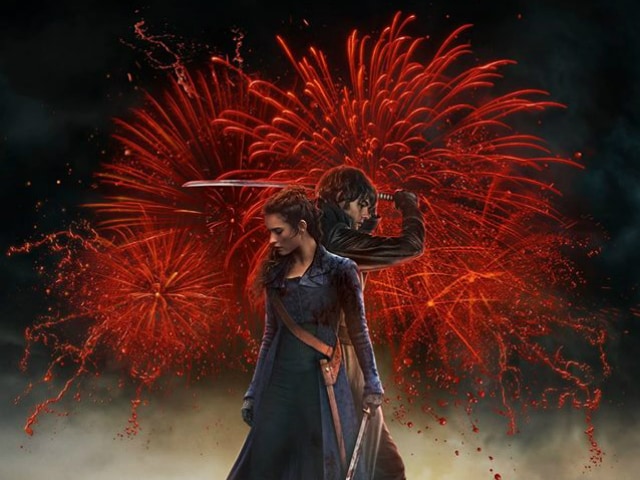 As it turns out, fighting zombies does nothing to improve on the original Elizabeth Bennet, Jane Austen's heroine from Pride and Prejudice. In Pride and Prejudice and Zombies, a character claiming to be Elizabeth Bennet (Lily James), wields swords and other deadly blades, fires guns and occasionally flashes a leg in order to stomp on a zombie head. Battling the undead keeps her, friends and family safe from the flesh-eating hordes, but the character has been so radically transformed from Austen's that Elizabeth already feels like a goner.

The movie is adapted from the 2009 novel by Seth Grahame-Smith, who hit commercial pay dirt with a catchy title and the fusion of two ludicrously opposed, nominally irreconcilable cultural touchstones: Austen and zombies. With tongue in cheek and a copy of Austen's novel of manners apparently by his side, Grahame-Smith added a zombie apocalypse to the Bennet family concerns, peppering the chatter about balls, romantic prospects and the uncertain future of its five unmarried daughters with asides about human brains scooped out like "pumpkin seeds from a jack o' lantern." Darcy is as proud and disagreeable as ever, but like Elizabeth, he's also a warrior.

In Austen's novel, the mutually hostile Elizabeth and Darcy are already combatants of a kind whose primary weapons are their witty, wounding, deeply meaningful words. In the movie, Elizabeth and Darcy (Sam Riley, a persuasively brooding presence), sling metaphoric arrows at each other now and again, but they're so busy fighting the zombies overrunning the country that their actions invariably drown out everything else. Both pride and prejudice still play their parts, but now in service to one tediously repeated joke: the sight of a gentleman or a lady, together or alone, playing cards or ballroom dancing, fatally swarmed by devouring zombies.

The writer-director Burr Steers came prepared for battle, if not much else, with appealing actors - Charles Dance, Jack Huston and an amusing Lena Headey - as well as handsome drawing rooms and impressive estates. But as one zombie brain after another is pulverized, and as Elizabeth and her crew slip through another close call, the story's lone joke and its grinding literalness grow dull. It doesn't help that Steers, as his occasional leering peeks up Elizabeth's skirts underscore, clings to some old-fashioned ideas about women and their on-screen uses. The larger problem, though, is that each moment spent on this movie is another spent away from Austen's novel.