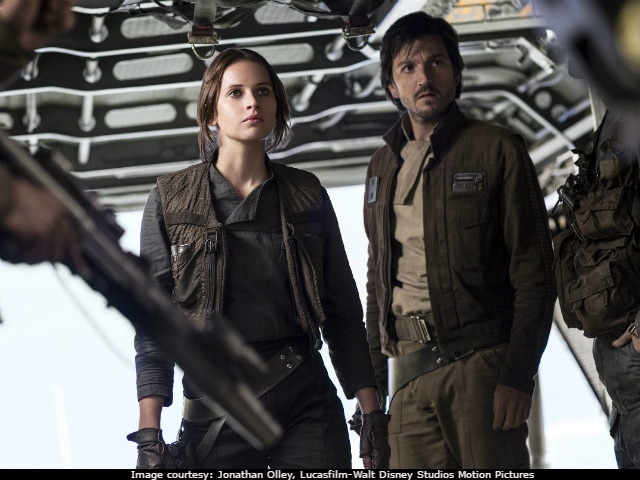 A movie has been made for Star Wars fans that finally answers many of the questions they've long been asking, having to do with the tensile strength of a franchise that has experienced its share of strain over 40 years, and the ability of artists with new, perhaps iconoclastic visions to bring a faraway galaxy from long ago into a bold new future.

That movie is Star Wars: Episode VIII and will be in theatres roughly a year from now.

In the meantime, we have Rogue One: A Star Wars Story, Gareth Edwards's perfectly serviceable, if undistinguished, placeholder. This is a movie that, technically, doesn't need to exist, apart from abject fan service, the minting of some easy money and mindshare maintenance at a time when attention spans ping from one sci-fi spectacle to the next with brazen promiscuity. So many images in Rogue One conjure recent films - from Mad Max: Fury Road to Arrival - that it's easy to forget that it was that first Star Wars installment, back in 1977, that started it all.

To its credit, and like last year's The Force Awakens, Rogue One pays homage to the imaginative and physical world that George Lucas and his collaborators built four decades ago. Hewed from the same "used future" aesthetic Lucas so cleverly perfected, the movie has a scruffy, tarnished patina, staging that harks back to wartime classics from the World War II and Vietnam eras, and video-game-like visual flourishes. It fits neatly with the Star Wars mythos, especially during its rousing third act and immensely satisfying final moment.

What Rogue One doesn't have is much joy, although viewers can't say they weren't warned. Edwards and Disney executives have made much of the fact that they wanted this stand-alone venture to be "dark," and is it ever: As Star Wars movies go, this one may have the highest body count of them all, above and beyond the Imperial stormtroopers who can be relied on to go out with a desperate Wilhelm scream at least once in a production.

That reassuring callback, as well as several others, is present and accounted for in Rogue One, which centers on the story of Jyn (Felicity Jones), a young woman pressed into service by a militant splinter group of the Rebel Alliance to perform crucial espionage against the tyrannical Galactic Empire, which is in the process of inventing a superweapon called the Death Star.

Because this is Star Wars, you know that Jyn's efforts ultimately will involve some kind of ragtag team of plucky misfits. In Rogue One, that merry band consists of a rebel intelligence officer named Cassian (Diego Luna), a disaffected Empire pilot named Bodhi (Riz Ahmed) and a snippily sarcastic droid named K-2SO. Voiced by Alan Tudyk, this angular, spider-like creature provides precious comic relief in a film that is otherwise grim and unsmiling, as Jyn and her brothers in arms do battle with the Empire's diabolical weapons director Orson Krennic (Ben Mendelsohn). 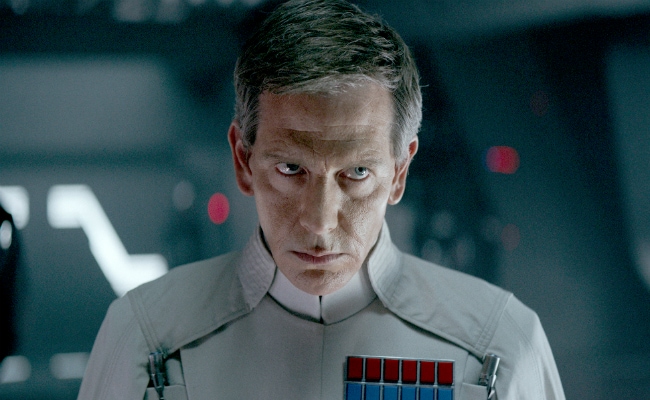 Sturdily executed by Edwards, whose previous credits include Monsters and Godzilla, Rogue One is nonetheless a relatively rote affair, enlivened by some impressive visuals and Michael Giacchino's stirring musical score, but lacking the warmth and humor of the previous films. By no stretch is this a disaster on a par with Lucas' misbegotten prequel trilogy. Still, at least until its final section, Rogue One lacks the zip, zing and exhilarating sense of return to form that "The Force Awakens" conveyed so lightly. 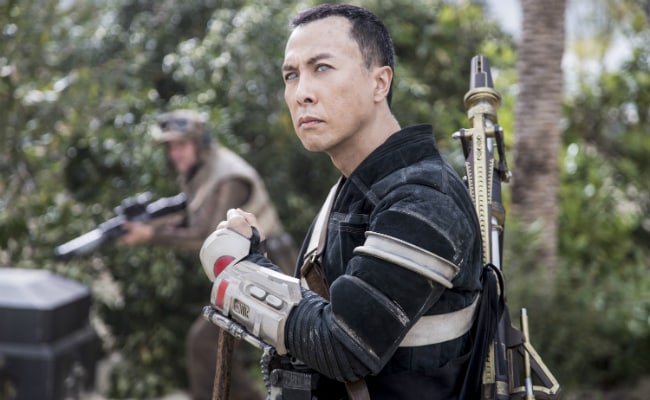 Jones presents a convincing, if monotonously self-serious, heroine in Rogue One, and her uncanny physical resemblance to Daisy Ridley, who plays Rey in the new installments, invites intriguing speculation as to whether and how they may be related. But few of her fellow actors make as vivid an impression, and the fey, soft-spoken Luna is particularly ill-suited to play a rakish man of adventure. Chinese actor Donnie Yen, as a mystical warrior, is underused in a role that feels perfunctory and shoehorned in.

Too often, Rogue One seems to be checking boxes as it goes about its plotty business, which ultimately has to do with the retrieval of documents, the closing of a shield gate and locating the master switch on a communications control tower. It's simplistic stuff, and bluntly effective at ginning up the idea of action and stakes, which take on increased heft as Rogue One finally reaches its busy, startlingly apocalyptic conclusion. (At two hours and 13 minutes, the film is at least 15 minutes too long).

Graced with the first appearance of some of the Star Wars series' most iconic characters - at least in the chronological sense - Rogue One represents an unobjectionable exercise in franchise extension. It's fine. It'll do. For now.