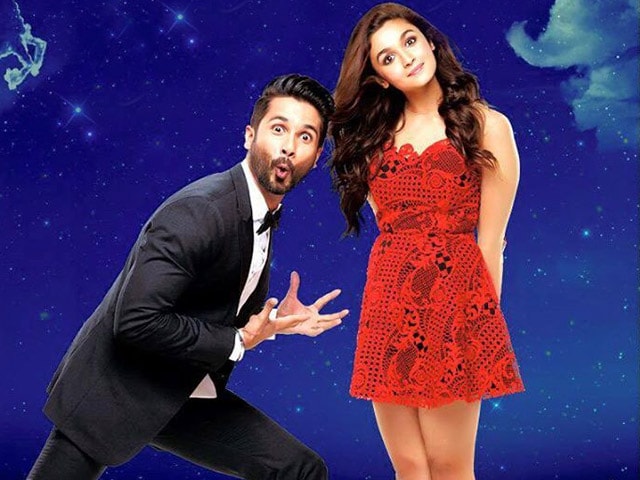 The big fat Indian wedding on which Vikas Bahl?s Shaandaar hinges is as breezy and boisterous as any that has ever been conjured up by Bollywood.

But there is one marked difference here ? the rituals go offshore, and off-kilter, in quest of untapped locations ? and bursts of hilarity.

In Shaandaar, the free-wheeling qualities of a modern-day fable meet the flamboyant and filmi flights of a KJo romance.

The director also throws in animated flashbacks (with a voiceover by Naseeruddin Shah) to accentuate the film?s fairy tale impulses.

It has all the ingredients of a parable ? an orphan princess trapped in a loveless home, a prince charming who flies in from nowhere, and a cranky old man who dotes on his daughter to the point of distraction.

And there of course is a bad-tempered grandmother and a scheming mom who make every effort to make the adopted girl?s life miserable.

But the spunky orphan isn?t one to give up without a fight. She not only has a dad who stands up for her no matter what, she also bonds big time with her half-sister.

Despite the Karan Johar making an appearance to take good-natured digs at his own brand of entertainment, Shaandaar does not shy away from going the whole hog.

While the results are at best mixed, the glitches that pop up along the way do not do too much harm to the film?s genial jauntiness.

It is aided by blithe directorial touches, flashes of smart writing (screenplay: Anvita Dutt Guptan) that yield some magnificently zany sequences, and a slew of energetic performances.

Even when Shaandaar flags a touch for want of sustained narrative force, especially in the second half, it is firmly propped up by the infectious joy and vigour that the actors bring to the table.

The acting oscillates between the impressively modulated and the overly unbridled.
The mismatch serves to underscore the sharp divide between the two business families that are about to be yoked together by a marriage of brazen convenience.

At one end of the spectrum is the XL-size Isha (debutante Sanah Kapoor), the elder daughter of the possessive Vipin Arora (Pankaj Kapur), scion of a Punjabi business empire on its last legs.

This family is headed by a hell-raising matriarch, Kamla Arora (Sushma Seth), who keeps her three sons on a tight leash.

The bridegroom, the beefy and boorish Robin (Vikas Verma), is the brother of a garrulous, golden gun-toring Sindhi tycoon Harry Fandwani (Sanjay Kapoor) whose mouth moves faster than his brain.

From the moment the marriage party arrives at an imposing castle in the English countryside, all caution is thrown to the wind on both sides.

The outcome ranges from moments of rib-tickling mayhem to a few dull passages that meander aimlessly.

But Shaandaar isn?t just about marriage and business deals ? the destination wedding is only the backdrop to many mini mutinies, which includes the brewing romance between the cocky wedding organiser Jagjinder Joginder (Shahid Kapoor) and the bride?s sprightly sister Alia (Alia Bhatt).

The two lovers are both insomniacs, and the girl, who is gifted dreams etched on little chits by her doting father in the hope that she will catch sleep some day, makes common cause with the defiant JJ in pursuit of the pleasures that she is deprived of.

It is a big ask for the lead actor to keep pace with the skills of his real-life dad, but Shahid not only puts his best foot forward in most scenes, he also does not let the strain of the heavy lifting show.

Alia, too, is delightfully pitch perfect in the way she tackles the role of a bright spark with the ability to wrap anybody and everybody around her little finger.

The clash of an assortment of oddballs in this exotic location generates a fair amount of noise in the background.

The unlikely pair of JJ and Alia are therefore compelled to resort to the quirkiest of means to skirt around the obstacles placed in their way.

A lively slate of songs, the handiwork of the composer-lyricist pair of Amit Trivedi and Amitabh Bhattacharya, bolsters the peppy nature of the film.

Viewed in the context of the film as a whole, that quirky question points to the direction in which Bahl really wants to take Shaandaar.

Shaandaar is neither Gulzar nor Honey Singh ? it is a creature that is uniquely, and delicately, poised in a zone between the excesses of an average wedding film and an overly cynical spoof of that genre.

Shaandaar isn?t Queen either ? it does not have the overarching spirit of rebellion that defined Bahl?s previous film.

It is a genre drama laced with enough wit and sharpness to keep the audience interested in the shenanigans of its likeably goofy characters.

Shaandaar is a fun film that is infused with great charm, which in turn is enhanced by director Bahl?s panache for a light touch, an attribute that was on full show in Queen.

While it does not live up to its title as a package, it fulfils much of the expectations that the audience might have from a film produced jointly by Karan Johar on the one hand and Vikramaditya Motwane and Anurag Kashyap on the other.

It brings together two different worlds and succeeds in striking a balance between the two. For that, and for much else, Shaandaar deserves hearty ovation.