Singh is Bliing goes all out to redefine cinematic trash 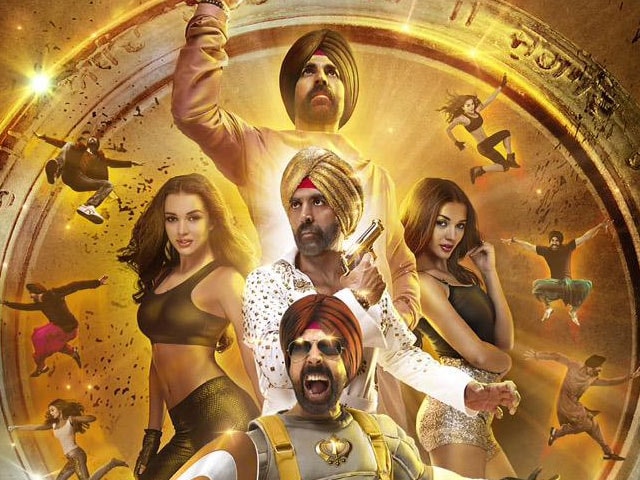 Another Prabhu Deva film that operates on the principle that the world is still inhabited by Neanderthals, Singh is Bliing goes all out to redefine cinematic trash.

A blundering hero in search of a mission in life, a kickass female protagonist who packs a mean punch, a sleepwalking interpreter who is more than just an English-to-Hindi translator and a whole bunch of turbaned men run riot in Singh is Bliing.

But what on earth does Singh is Bliing mean? Whether on paper or in the context of the film, it means nothing at all.

The title itself is a dead giveaway. Do not expect any sense, logic or finesse from anything that Singh is Bliing has on offer.

The onus is entirely on the audience to figure out what is going on the screen.

Like its confused male protagonist, Singh is Bliing drifts along from one brainless scene to another, making an unbearable amount of noise in the process.

Does the film bring the house down? No, it doesn't come remotely close.

What is meant to be a laugh riot is actually a full-fledged endurance test. The comedy is strictly slapstick and the writing is hopelessly clunky.

If there is any verbal wit in the film, it is limited to punning on a Hindi word that means hope and also happens to be the English slang for the human posterior.

That is how magnificently original and edifying Singh is Bliing is.

This film is obviously a vehicle for lead actor Akshay Kumar to dance, prance and shamelessly ham around in the guise of a happy-go-lucky Punjab villager struggling to get out of the rut.

The star's love for animals asserts itself in the first few minutes. The hero lands a job in a zoo - a pretext to let four-legged creatures run amok.

A lion flees its cage, an unsuspecting dog with a faux mane is rushed in to replace the feline, and talking cows pop up on the screen discussing the ways of mankind.

Not much changes even after the film emerges from the kingdom of animals and allows its human characters to take over.

Singh is Bliing is director Prabhu Deva's first Hindi film that isn't a remake of a hit from down South. And it is his second film with Akshay after Rowdy Rathore.

It is so atrociously bad that even Rowdy Rathore could be passed off as a masterpiece in comparison.

Prabhu Deva would do well to stick to his staple rehashes: if nothing, he then has a semblance of a story to work with.

In narrative terms, Singh is Bling is a free for all. One scene follows another without throwing any meaningful light on the previous one or the next.

The makers of this asinine atrocity claim that the film has a story and screenplay and it is credited to an entire production house, Grazing Goat Pictures. A clear case of too may cooks...

Singh is Bliing starts off with two bovines exchanging ideas. And that is where the film remains stuck.

It does not rise above worm's eye level although the decibels keep hitting dangerously high peaks all the way through.

At the outset, to the accompaniment of a raucous song that goes tung tung tung, the audience is introduced to the male protagonist Raftaar Singh (Akshay Kumar), his irritable papaji (Yograj Singh) and his over-protective mother (Rati Agnihotri).

Raftaar is a wastrel who whiles away his time in Punjab's Bassi Pathana in trivial pursuits.

So his father packs him off to Goa to work for a friend (Pradeep Rawat) who owns a floating casino in the Mandovi.

Cut to Romania. Sara Rana, the tough cookie daughter (Amy Jackson) of a weapons trader (Kunal Kapoor) pins down Mark (Kay Kay Menon) when he acts fresh with her.

The long-haired baddie is forced to apologise to Sara in public. He vows revenge.

The lady heads to Goa to look for her long-lost mother. She is put under Raftaar's watch by the casino owner.
But there is a problem: Sara speaks only English and our Punjab lad does not.

An interpreter (Lara Dutta) is hired to help them communicate and she adds to the confusion by taking liberties with what is said and what is conveyed.

The Anglophone heroine is asked what she thinks the hero and his two pals are. Her reply is unambiguous: "Three morons."

Her assessment is of course lost in translation and Raftaar begins to believe that the girl from Romania has taken a shine to him.

But this isn't a story that anybody in the right mind is going to fall in love with.

One notable twist: the heroine is an action queen, a martial arts whiz.

In a gender reversal of the damsel in the distress set piece, it is Sara who rescues Raftaar Singh when a drug dealer and his men are about to reduce him to pulp.

But that isn't the problem with Singh is Bliing. What is irretrievably amiss with the film is that nothing it says manages to drift anywhere near some degree of coherence.