Trek tradition is technical mumbo-jumbo. Star Trek Beyond is no exception. Deal with it 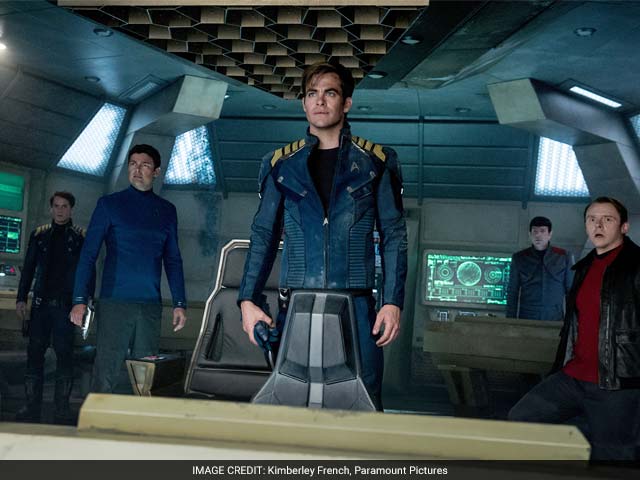 To any connoisseur of the original Star Trek television series, the sight of Captain James T. Kirk in a torn shirt will feel as familiar as family. (The character had a bad habit of ruining gold uniform tunics in his frequent fights.)

So when the actor Chris Pine - who plays Kirk in the current series of rebooted movies - says, "I ripped my shirt, again," after his peace offering to a delegation of tiny, gargoyle-like aliens goes anticly awry, the in-joke, which opens Star Trek Beyond," hits on all cylinders: aliens; good intentions thwarted; violent conflict; and, perhaps most importantly, a sense of winking, self-aware humor. 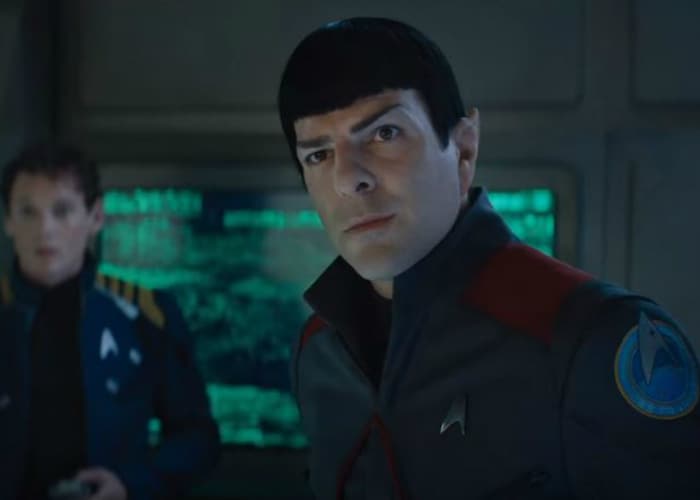 The cutaway, which shows Kirk staring into a closet hung with several identical replacement tops, is priceless.

That opening rimshot sets the tone for what follows - an action-packed, fun and funny thrill ride into a cinematic nebula that may be uncharted for the crew of the starship Enterprise, but that will be comfortably recognizable to both diehard Trekkers and those who only beamed on board once producer J.J. Abrams took over the helm with the 2009 film. (Abrams, who directed the first two new Star Trek films, has relinquished the captain's chair to director Justin Lin of the Fast and Furious franchise, who maintains Abrams' balance between respect for tradition and the restless need for innovative storytelling.) As for the controversy over the fact that Sulu (John Cho) is shown to have a male life partner in the new film - played by Doug Jung, who wrote the screenplay with actor Simon Pegg, who plays Scotty - that's a nonissue. The only question anyone should care about is: Can Sulu do his job? And the answer, as the helmsman says to Kirk after being asked whether he knows how to fly a broken-down, jerry-rigged replacement ship when the Enterprise runs spectacularly, shockingly aground, is snarkily appropriate: "Are you kidding me?"

That attitude of cocky self-assurance is in full - if sometimes sublimated - force here, even when things are looking most dire for the Enterprise crew, who quickly find themselves lured into a cataclysmic ambush by a new villain named Krall (Idris Elba, all but buried beneath a Halloween mask of hideous prosthetics), on a planet where their only hope is a solitary alien resistance fighter. 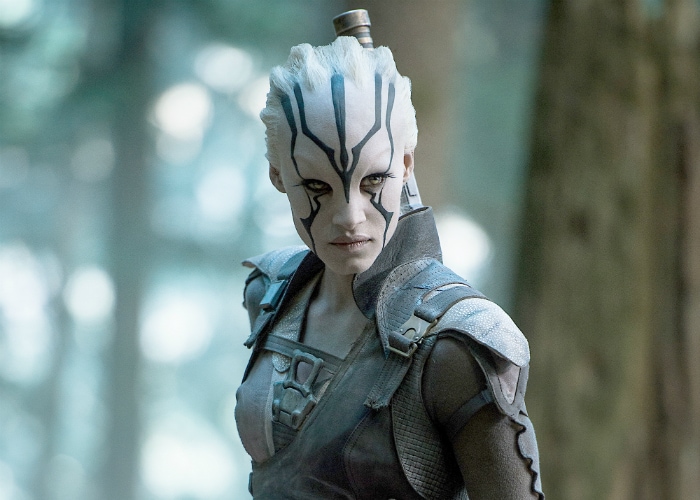 Jaylah, as that rebel is called, is a welcome female addition to the predominantly male cast. While it has always been ethnically diverse, the crew has traditionally been something of a boys' club. As played by the French-Algerian actress Sofia Boutella - under a patina of black-and-white face paint that makes her look like an angry street mime - Jaylah gives Daisy Ridley's Rey of Star Wars: The Force Awakens a run for her money. Not just as a warrior, but as a character, she brings new hope and life to this tried-and-true story - not to mention some cool new technology.

Hiding out in the hulk of an abandoned Starfleet ship, Jaylah has taught herself broken English (presumably from listening to old rap tunes that were left there by the long-dead crew). One key stratagem of the Enterprise crew against Krall involves weaponizing a recording of the Beastie Boys' Sabotage - "classical music," as Dr. "Bones" McCoy (Karl Urban) calls it, in this 23rd-century world.

Without spoiling anything, it's the most imaginative, rump-shaking use of diegetic sound I've heard in a long time, and it gives Chief Engineer Scotty the opportunity to shout, over the film's near-constant din, "I've just got to reconfigure the VHF output into a multiphasic sweep!" Warning: One long-held "Trek" tradition is technical mumbo-jumbo. With its talk of "gravitational slipstreams" and the like, "Beyond" is no exception. Deal with it.

Occasionally, there are things that just don't make sense, even with a mind charitably predisposed toward the elasticity of science fiction. Case in point: When Krall's forces first attack the Enterprise - with a swarm of mini-kamikaze ships called "bees" - the enemy fighters repeatedly puncture the Enterprise's hull, all the way to the crew's living quarters. Strangely, there is no loss to the ship's artificial atmosphere. 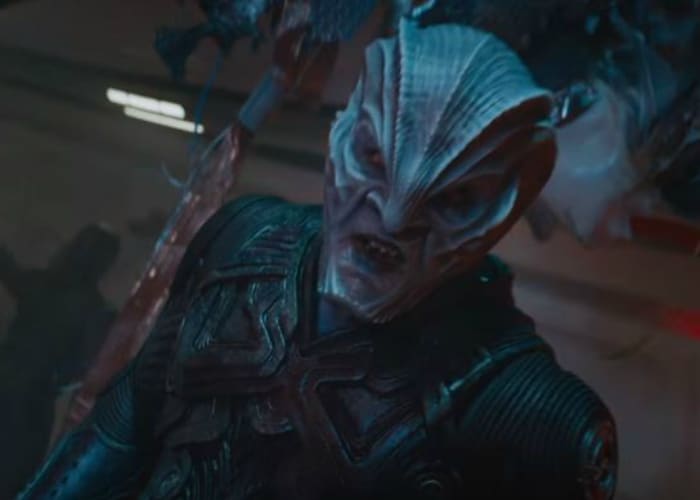 As incongruous as that may seem in the vacuum of deep space, Star Trek Beyond is no embarrassment to the franchise. Rather, it's a proud addition to a canon that even the ghost of creator Gene Roddenberry would appreciate. It may not boldly go where no "Star Trek" film has gone before, but it gets there at warp speed, and with a full tank of fresh ideas.