Taken 3 is predictable and mediocre 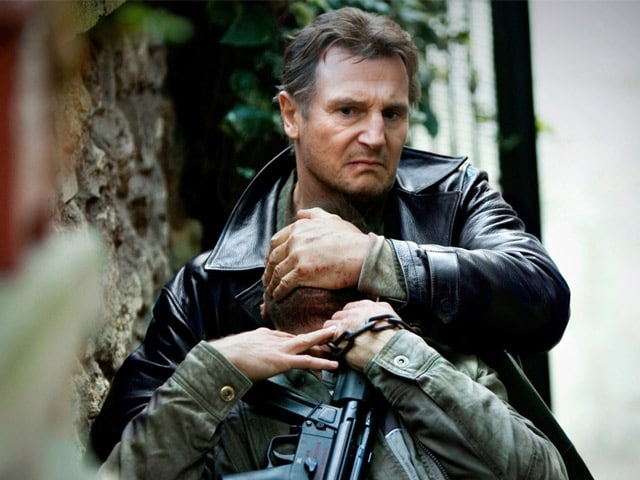 "Somebody murdered your mother in my house. I don't know who did it or why, but I'll find out," Bryan Mills assures his daughter Kim. This forms the crux of Taken 3.

Unlike its previous two editions, Taken 3 is a scaled up, reminiscent, action-packed thriller whose premise is loosely based on the 1993-released Harrison Ford?s The Fugitive.

Set in Los Angeles, deadly ex-CIA operative Bryan Mills (Liam Neeson) returns as a doting father to his now grown-up daughter Kim (Maggie Grace). He soon learns from his ex-wife Lenore (Famke Janssen), who is married to a multi-businessman Stuart (Dougray Scott), that she still fantasizes about him and is considering a reconciliation.

But then their dreams are short-lived when Lenore gets brutally murdered and Bryan is framed for her death.

What makes this film a run-of-the-mill affair is the plot and screenplay written by Luc Besson and his long standing associate Robert Mark Kamen. The turn of events as well as the characterisation is predictable and lackadaisical. There are a couple of 'plot-holes' and unconvincing scenes that make the narrative appear weak. Also that is also why the actors fail to deliver.

The ageing Liam Neeson, though charming, does not elevate his character of the anguished superhero. His expressions are perfunctory, actions mechanical and speech on a low-note hollow, sounds superficial at times.

On the other hand, Forest Whitaker is lively as the bagel-munching detective Frank Dotzler, who is in awe of Bryan's impressive skills. He seems silly while trying to caricature a stereotype detective and is seriously, not funny at all.

Dougray Scott, who has replaced Xander Berkeley from the earlier edition and Sam Spruell, who plays the Russian Gangster Oleg Malankov are the new entrants. They are quite noticeable among the supporting cast as there is not much complexity in the character development.

Visually, the plethora of impressive day and night aerial shots, gives the film a superior feel. But overall, with jerky camera moments, poor lighting to capture the atmospheric tension cinematographer, Eric Kress's work is shifty and jarring. This, combined with super quick jump-cuts, mars the viewing experience, especially during the dramatic over-the-top action and chase scenes.

The background score is perfect except for a random Hindi song in one of the scenes. That score is unwarranted to the script and sounds illogical in the narrative. With the inclusion of this number, it is but obvious that director Olivier Megaton along with his producers, is trying to please a global audience and in the bargain, have delivered a mediocre kitsch.

Watch Taken 3 if you have nothing better to do this weekend.