But in a society desperate for closure at all cost, is anything less than a clear-cut verdict acceptable? 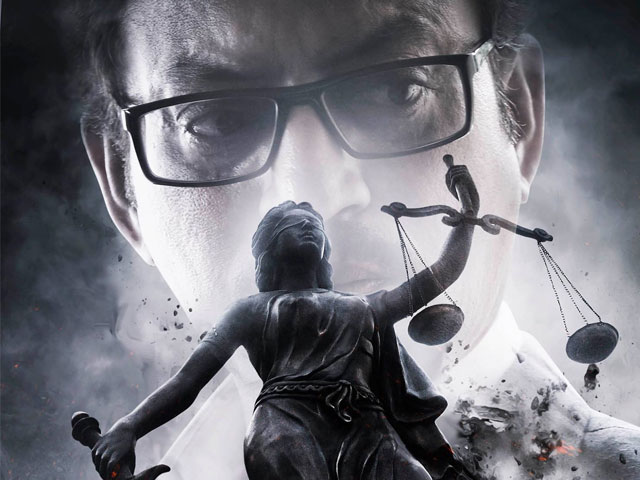 Talvar is a minor miracle of a movie. Mining riveting yet balanced drama from a real-life murder case lost in a tangled web of fact, fiction, hearsay and insinuations could not have been easy. But not a wee bit of the effort shows.

At one level, Talvar is a classic whodunit and a sharply observant police procedural that pieces together different facets of the mystery.

But there is much in this inspired-by-true-events film that reinvents the generic elements that constitute its narrative spine.

Talvar is a mature, insightful commentary on urban India?s lynch mob mentality and a voyeuristic media?s tendency to jump to instant and sweeping conclusions on criminality and culpability.

In dramatising the 2008 Aarushi Talwar murder and its aftermath, director Meghna Gulzar and writer Vishal Bhardwaj steer clear of the sensational to focus squarely on the essential.

Without resorting to cheap thrills, they deliver a gripping, genre-defying and non-exploitative cinematic examination of a murder most foul and its repercussions.

Meghna Gulzar, back in the director?s saddle after an eight-year hiatus, keeps the treatment of the sensational story consistently real and tangible.

A clutch of fine performances from Irrfan Khan, Neeraj Kabi and Konkona Sen Sharma, among others, also goes a long way in enhancing the impact of the plot.

Notwithstanding the film?s naturalistic texture, strewn across Talvar are cross-references to Hindi cinema and lyrics of the past.

Ijaazat is mentioned more than once, and that timeless piece of poetry from the film ? Mera kuch saamaan tumhare paas pada hai ? wafts in the background on one occasion as a married couple drifts apart.

Several songs (lyrics: Gulzar; music: Bhardwaj) are employed to underpin the Talvar narrative, but the film has no room for any happy musicality.

Talvar is a disconcerting film that turns the lens on the less-than-perfect ways of the media, judiciary and police in a nation where an overstretched legal system is always on the verge of snapping.

Besides addressing the emotional and social issues stemming from the double murder of Aarushi and the family?s manservant Hemraj, Talvar raises many a pertinent question.

It subtly critiques the media culture that thrives on salacity and prurience and engenders a collective propensity to judge and damn even before a court verdict is pronounced.

The screenplay also touches upon the many divides in urban India that aggravate the situation.

It straddles across several socio-economic spaces. One is occupied by the affluent doctor-couple in whose home the double murder takes place.

Another is inhabited by the Uttar Pradesh policemen with their shockingly regressive mindsets and rough and ready methods.

Yet another segment exists on the fringes of the metropolis and is peopled by migrants engaged in lowly jobs in the homes and offices of the newly rich.
The film?s pivotal character, chief investigating officer Ashwin Kumar (Irrfan), has an orbit of his own.

He is called in to salvage the investigation botched up by a police force all too keen to treat the murder as an open and shut case.

The hard-nosed investigator is not without his share of demons. Cynical and vulnerable to bouts of anger and frustration, he has a wife (Tabu in a cameo) who seems to have had enough of him.

The film liberally mixes fictional additions with details culled from research and the proceedings of the special court trial.

The changed names of individuals and organisations involved in the case ? CBI is Criminal Department of Investigation (CDI) here ? give Talvar the freedom to adopt a free-wheeling approach.

This is in direct contrast to the shallow good-versus-bad constructs that average big screen crime stories tend to favour.

Talvar crafts a Rashomon-like scenario in which the circumstances surrounding the murder are viewed from the standpoints of three separate investigating teams, inevitably leading to divergent theories.

But in a society desperate for closure at all cost, is anything less than a clear-cut verdict acceptable?

Irrfan Khan is the mainstay of Talvar. As long as he is on it, it is difficult to take one?s eye off the screen.

Neeraj Kabi and Konkona Sen Sharma, essaying the roles of the parents, convey the anguish and befuddlement of a couple hit by a dual tragedy.

Not only do they have to grapple with the pain of losing their only child, they also find themselves copping the blame for the heinous murder of their daughter.

Even the lesser characters are fleshed out with striking clarity. Sohum Shah as Ashwin Kumar?s suave assistant Vedant, Gajraj Rao as the paan-chewing Inspector Dhaniram and Atul Kumar as the pristine Hindi-spouting investigator who steps into the breach when Ashwin is shunted out of the case prove equal to the task.

One of the high points of Talvar is a long climactic sequence in which two investigating teams sit across a table and have a go at each other as they strive, with no holds barred, to get their respective points across.

The free-for-all sums up the depths of absurdity that matters can sink to when the truth has many faces.

No matter which of the faces of truth the audience takes away from the film, its importance as a mirror of our times is unlikely to diminish in any way.

Talvar is a must watch.