Teraa Surroor dives deep into a sea of mothballed ideas. No wonders the exercise yields no pearls. 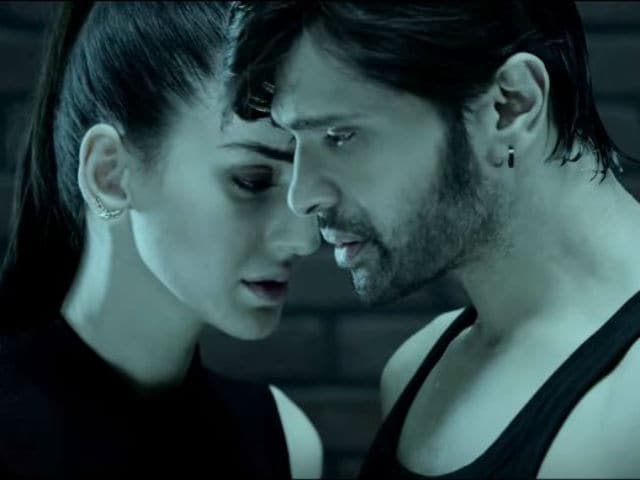 Just one scene should suffice to sum up exactly how daft Teraa Surroor is.

In what looks like a gaming zone for dummies, an Irish bigmouth ridicules Indians. People from that ?god-forsaken country? can?t shoot straight, he says.

The hero, standing within earshot, is needled no end. He walks up to the smirking Irishman, whips out his desi tamancha and proceeds to show him what a smoking hot sharpshooter an Indian can be.

He hits the bull?s eye multiple times and walks away to applause from a motley crowd. The only element missing is the tricolor!

Don?t find this sequence silly enough? Not to worry, Teraa Surroor has much more on offer.

If you are the kind of filmgoer who squirms at such vacuous Bollywood-style bluster, you would be hard pressed to digest singer-musician Himesh Reshammiya?s glazed gunslinger act complete with vacuous one-liners.

The tagline describes the film as ?a lethal love story?. Teraa Surroor sure is lethal, but for all the wrong reasons, what with Himesh striving very, very hard to pass himself off as a poor man?s superman.

Teraa Surroor is pretty much like Himesh?s singing: it?s a drone that gets grating after a point.

Director Shawn Arranha believes that the best way to whip up tension is to resort to the spectacle of actors traipsing in slow motion towards the camera before every big action scene.

But let?s cut to the chase: barring the last 20 minutes of the film, which correspondent to real time on the clock, Teraa Surroor is a terrific stretch.

It tells the story of a stone-faced saviour who moves heaven and earth to get his lady love out of the cooler in Dublin, taking on the entire police force of a city in the process.

Why this closet gangster dons that garb and how he goes about executing his mission are what the rest of Teraa Surroor is about. Neither of the two strands holds any real surprises.

In the opening post-credits scene, a man in a red mask guns down two men walking down a garden path talking about the Dublin weather.

In the very next sequence, a police car stops a girl on the way into town and recovers drugs from her possession.

A dangerous man whose identity isn?t revealed until the end is out to fix the girl.

He enlists support from a lawyer (Monica Dogra), an Indian ambassador (Shekhar Kapur) and an ageing con artist (Naseeruddin Shah) who has given 14 prisons in as many countries the slip.

The last-named has acquired iconic status and has a book titled The Bird dedicated to his daring jailbreaks.

Words like fear and loathing, love and betrayal, and truth and falsehood are uttered as the male protagonist weaves his way through a manic maze of his own making.

It is beyond his power, however, to salvage this shipwreck of a film.

A trio of veteran actors ? Shah, Kapur and Bedi, all stars in their own right ? are pressed into service to prop up the wobbly vessel but to no avail.

Teraa Surroor dives deep into a sea of mothballed ideas. No wonders the exercise yields no pearls.

Tera Surroor is a follow-up to the 2007 Himesh Reshammiya starrer Aap Ka Surroor.

The lead actor, who is also, of course, the music director, sports a beefed-up look that only accentuates the limits of his facial expressions.

Himesh holds on to a single expression all through the film. Whether he is dodging a bullet, shooting down gangsters or merely in the midst of a lovers? tiff, he betrays no semblance of emotion.

The lead actress, debutante Farah Karimaee, is the perfect foil for Himesh. She remains equally ?unmoved? by all the trouble that she lands in.

The locations are beautiful and they are captured in all their glory by cinematographer Maneesh Chandra Bhatt.

But Teraa Surroor gives the costume designer and stylist and the action director much more to do than anyone else in the crew. They lose no opportunity to go the whole hog.

Does Teraa Surroor have any redeeming feature at all? Well, the length is a bit of a relief. The film?s runtime is 15 minutes under two hours. So, it isn?t as patience-trying as it otherwise might have been.