The real deal is Varalakshmi who is a revelation and she easily overshadows the whole show. 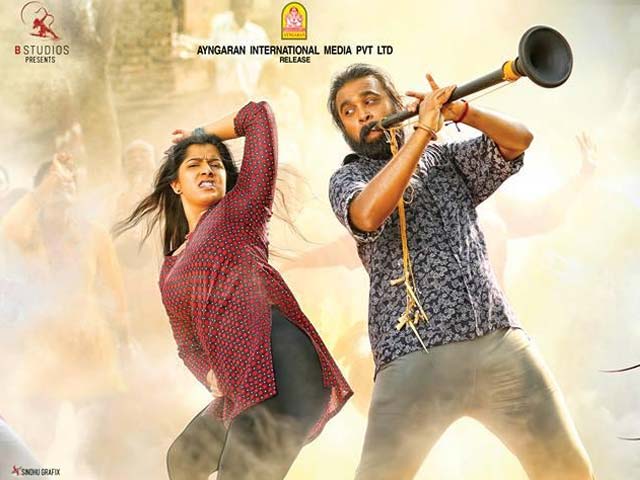 Thaarai Thappattai (the title denotes a traditional percussion instrument) is yet another raw tale by the film's director Bala about the life and plight of artists and how the erstwhile evil society (as is the norm in every Bala movie) exploits their innocence and poverty.

The movie starts on a high note and the first half clearly establishes all the main characters. Sasikumar plays the sober Sannasi who runs a folk troupe. Similar to his earlier hit Subramaniapuram, the actor-director has underplayed neatly and is believable throughout. GM Kumar as his father and as a drunkard fits the bill. The supporting actors have been chosen carefully and they dwell with the screenplay effortlessly. But the real deal is Varalakshmi who is a revelation and she easily overshadows the whole show. As Sooravali, the lead dancer and as a girl who is in madly love with Sannasi, she is a treat to watch and her screen presence is impeccable which makes other actors almost non-existent. She dances like a dream and stuns with her portrayal of a carefree and loud girl who can go that extra mile for the love of her life. The Andaman dance sequence and the pre-interval confrontation is sure to fetch some awards.

Though slow, the first half set the premises neatly, but it is not well supported in the follow up. The second half is more about the struggle of the dance troupe without its lead dancer Sooravali. The story beats around the bush with two misplaced songs. The revelation about the horrendous situation of heroine comes a tad later than expected and is followed up with the brutal sequences where the hero mercilessly goes to 'kill them all' mode. The second half gives very little screen space to Varalakshmi and that is the big disappointment.

Bala has become repetitive in pursuit of showing realistic characters in unrealistic and brutal situations which, beyond a point, bore the audience.

The silver lining in this otherwise OK outing is the haunting BGM and likable songs from Ilayaraja and Varalakshmi. Hardcore Bala fans may like this but otherwise strictly average fare.