The Conjuring 2 satisfies more than it disappoints 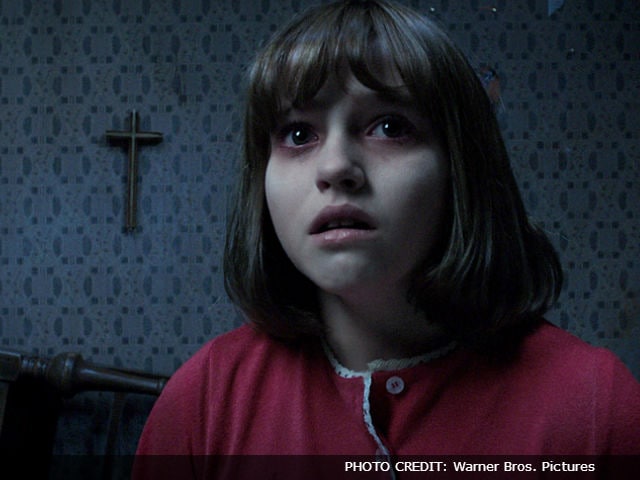 As a filmmaker, James Wan plays to the reptile brain of his audience, orchestrating such autonomous body functions as heart rate, breath and goosebumps like a maestro.

In movies from Saw to Furious 7, and now The Conjuring 2, a sequel to his ghostly 2013 hit, the filmmaker bypasses higher brain function, plugging directly into the peanut-shaped circuit board - buried deep beneath your to-do lists - that makes you jump out of your skin when you hear a loud noise.

If The Conjuring 2 is not quite the achievement of the original (and what sequel is?), it nevertheless manifests a canny understanding of what modern audiences expect from a ghost story, delivering slowly mounting dread, punctuated by alternating bursts of terror and laughter.

Set in 1977 England, and inspired by events that have come to be known as the Enfield Haunting (from the North London borough in which they took place), the film centers on a working-class family of five. Single mother Peggy Hodgson (Frances O'Connor) and her four children are terrorized by the ghost of a former occupant of their shabby house, Bill Wilkins (Bob Adrian), after her youngest daughter, 11-year-old Janet Hodgson (Madison Wolfe), opens the door to the underworld by messing around with a Ouija board.


It's certainly not the first time we've seen the spirit-board gimmick used to invite a malevolent entity to pass through the veil between this world and the next. Working from a script Wan co-wrote with The Conjuring sibling screenwriters Carey and Chad Hayes and David Johnson (Orphan), the filmmaker demonstrates that he is not averse to re-using dusty old tropes: a creepy mechanical toy, levitation, a seemingly possessed television set - all these cliches and more are trotted out in service of the desired effect, while exhibiting only minimal signs of wear.


(One doesn't fault Brahms for using the same notes as Beethoven, does one? It also should be noted that the real Hodgsons are purported to have triggered their poltergeist attack with an ill-advised Ouija session.)

Other aspects of the story are less faithful, although, to its credit, The Conjuring 2 does include a character (Franka Potente) who exists merely to debunk the Hodgsons' claims of haunting. Accusations of a hoax have swirled around the Enfield case since the 1970s, and it helps that Wan acknowledges this, inoculating the film - if only a tad - against charges of excessive credulity.


It takes a while for the film's real stars to show up. After a brief prologue set in Amityville, New York, in 1976 - during an investigation of that infamous haunting by professional ghostbusters Ed and Lorraine Warren (Patrick Wilson and Vera Farmiga) - the Warrens finally get invited to Enfield. By that point, things have gotten out of hand. Janet seems to be possessed by the spirit of Bill Wilkins, who for unexplained reasons wants the Hodgsons out of "his" house, threatening to kill them- and the Warrens - if they don't leave.

Of course, if you've seen the film's trailers (or any of Wan's Insidious films), you already know that there's more going on here than a poltergeist infestation. One of Wan's weaknesses is a predilection for demons that borders on religious obsession. To his mind, one measly old ghost is never enough.


Where The Conjuring 2 goes off the rails a bit is in its insistence on dredging up a monstrous satanic entity - in a nun's habit, no less, wearing deranged clown makeup that makes him look like Marcel Marceau on a murder spree - to supplement the level of malevolence generated by Wilkins. Another shortcoming is the story's inability to clearly differentiate between the world of apparitions and our material one. What ghost, for instance, drops a set of real dentures?

At the same time, The Conjuring 2 satisfies more than it disappoints. As Wan's story swells to its inevitable, almost operatic crescendo, playfully balancing the hush of your own held breath with the kettle drum of your heart beating against your rib cage, one thing becomes evident: You're not the audience for this symphony of terror; you're the instrument.