Despite some ruthless new tactics, there's no saving The Expendables 3 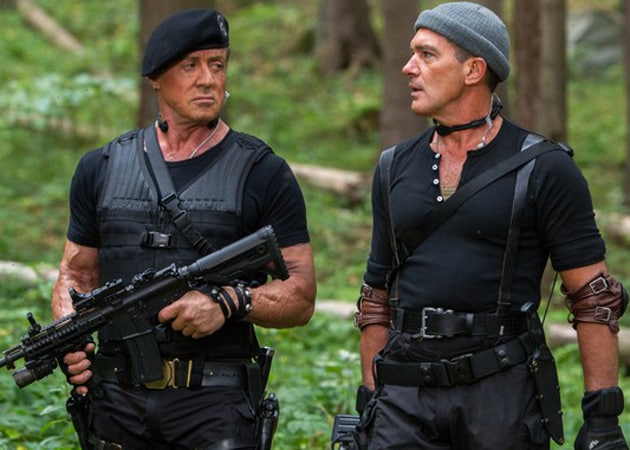 In its third incarnation, The Expendables has become, well, expendable.

Despite some ruthless new tactics, there's no saving The Expendables 3, the overpopulated third outing of Sylvester Stallone's all-star action ensemble.

Perhaps recognizing its own mortality, Expendables 3 goes for a kitchen-sink approach. There's the injection of AARP-eligible action stars like Wesley Snipes, Mel Gibson and Harrison Ford into the already bursting-at-the-seams cast, as well the addition of some junior-Expendables. Those extra bodies don't add any oomph to the stiff dialogue or predictable plot.

The unmemorable Millennials are kidnapped almost as quickly as they're introduced. Obviously, it's up to the old-timers to save the day. It doesn't really matter how or why they do it though. Ultimately, it feels like every one other than series shepherd Sylvester Stallone is merely here to be another face on the crowded 16-person poster, not to actually play any sort of character.

Arnold Schwarzenegger and Antonio Banderas provide the film's comic relief. Banderas does so intentionally as a motor-mouthed, out-of-work assassin who really wants to be on the team, while Schwarzenegger's return as Expendables associate Trench is just laughably bad. Of course, acting isn't why anyone goes to one of these Expendables movies.

It's the explosions, fights and chases featuring the likes of Terminator and Rambo!

Yes, the shoot-'em-up action from director Patrick Hughes and cinematographer Peter Menzies Jr. is as tight as a Call of Duty match-up, especially the brainless, bloodless climatic battle through an abandoned Eastern European hotel complex. However, the film's sporadic set pieces simply aren't captivating enough to forgive all the movie's other faults.

It's frustrating because the cast and crew are definitely old enough to know better.