The plot runs out of steam long before the loose ends are tied up. 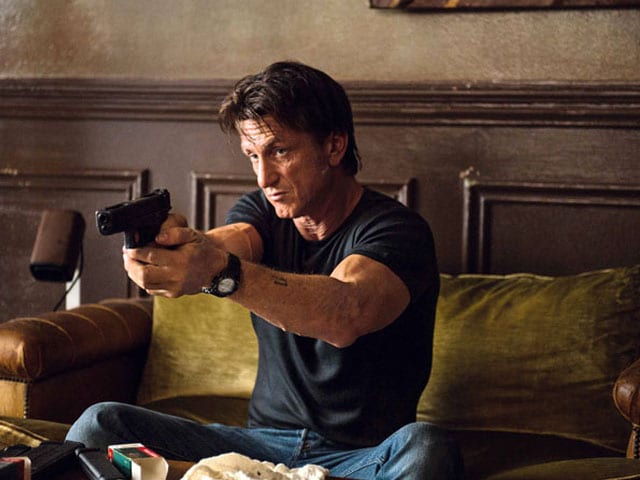 It?s not a hard and fast rule, but in general when the main character, sometime in the third act, says, ?I did some bad things ... ? and stares off into the middle distance, the implied end of the sentence is ?including this movie.? I take no particular pleasure in reporting that this is the case in The Gunman, a globe-trotting action thriller and also, in passing, a melodrama of male sexual jealousy, an indictment of Western meddling in Africa and a concussion-awareness public service announcement.

All of which could be worthy and interesting. Sean Penn, who plays Jim Terrier, the titular shooter, afflicted by conscience and a head injury, has done some indisputably great things. And among the guys he pistol whips and pals around with here are Javier Bardem, Mark Rylance, Ray Winstone and Idris Elba, all fine actors not above a bit of genre showboating. The atmosphere is leathery and masculine, redolent of stale cologne and weary bravado, with a token woman (Italian actress Jasmine Trinca) whose job is to be menaced, protected and partially undressed. She is allowed to drive a car, but the fighting and shooting - the bad things that are also, in a movie like this, the cool things and the important things - are left to the men.

At the start of the movie Annie (Trinca) is Jim?s girl, and he is an American sniper pretending to provide security to humanitarian relief workers in the Democratic Republic of Congo. While Annie tries to do good amid the atrocities of that country?s long civil war, Jim and his colleagues conspire to assassinate a government minister who is inconveniently trying to renegotiate contracts with multinational mining companies. The guy running the conspiracy is Felix (Bardem), who uses the operation as a pretext to steal Annie from Jim.

Eight years later, Jim is back in Congo, digging wells, surfing and condescending to the locals - in other words, doing penance for his earlier misdeeds and trying to forget about his lost love. But a bunch of men with machetes and assault rifles show up (shouting ?Where?s the white man??) to drag him back into the old life. Jim is chased from London to Barcelona to Gibraltar, and Penn, grimacing and flexing his impressive brows and well-veined biceps, is put through the paces of the midlife-crisis action thriller. Minions are slaughtered. Cellphones are dialed. Interpol is invoked.

The director, Pierre Morel, is not too bad at this sort of thing, having directed Liam Neeson in the first ?Taken? movie, a touchstone of modern angry-dad cinema, and John Travolta in To Paris With Love. He runs away pretty quickly from the topical pretensions of the script (written by Don MacPherson, Pete Travis and Penn and based on a Jean-Patrick Manchette novel) and concentrates on set pieces - chases, shootouts, a climactic showdown at a bullfighting ring - that are effective without being all that original.

Penn, aiming for weary, battered intensity, settles into a zone somewhere between fatigue and indigestion. Jim?s bouts of forgetfulness, blurred vision and vertigo - results of a career of international headbanging - are meant to add some vulnerability to the character but really add only a layer of contrivance to the plot, which runs out of steam long before the loose ends are tied up. Bardem at least seems to be having fun, playing a big, silly drunk scene and exiting the movie before things get completely stupid. The poor gunman has to stick around until the end. No wonder he?s jealous.