Overall, The Last Witch Hunter/ is an attractive-looking blockbuster that lacks depth in terms of a crisp and concrete story 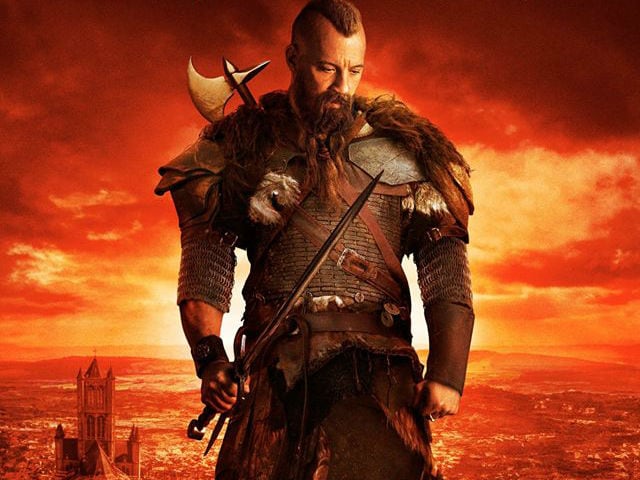 Weary, worn out and weather-beaten! That's how The Last Witch Hunter, an action fantasy, in a complex mythological universe, begins and ends.

It is a story that spans over 800 years - a man's quest to keep at bay an army of vicious supernatural creatures determined to wipe out humanity.

The lengthy prologue begins with a group of weary witch-hunters traversing a sloshy snow-clad path till they reach a lone tree in the wilderness to battle the witches. The Queen Witch is killed but not before cursing the man, Kauder (Vin Diesel) who killed her. She curses him with immortality.

8000 years later, Kauder the last surviving hunter of The Axe and Cross, the fellowship dedicated to keeping sorcery in check, stalks the universe to destroy the witches who practice dark magic.

It is after the death of his priestly advisor, Dolan the 36th (Michael Caine) that he lands up in New York where he realises that there are a few witches who are trying to resurrect the Queen Witch and destroy the world.

So, Kauder teams up with the 37th Dolan (Elijah Wood) and - Chloe (Rose Leslie), a modern-day witch who runs a Memory Bar. Together, they help him in his endeavour.

The script written by Cory Goodman, Matt Sazama and Burk Sharpless, has a jumbled storyline - the curse, "Cursed with immortality" and the clue - "Remember your death" can confuse the viewers.

Also, the narration shuttles between two time zones. It establishes the backstory as well as reminds the audience of Kauder's attachment to his wife and daughter, but unfortunately apart from that, the narration is bereft of any emotional track, thus making it a cut and dry epic in a fabricated Wiccan folklore set in an ambiguous space.

The dialogues are off the cuff and occasionally lead nowhere and the pace of the narration is tediously slow.

While the graph of the characters is flat, this film is Diesel's canvas. As Kauder, he is in every frame but unfortunately he fails to leave an impact either with his performance or action.

Also, his get-up from a wrinkled, bearded man to a dashing young man in today's milieu, "A man who has walked through history, who had known Napoleon and Stalin" is implausible and bizarre to the revelation.

Leslie as the "Dream Walker" and a female lead opposite Diesel, is perfunctory.

Olafur Darri Olafsson as the Nordic warlock Belial who is the key conspirator to resurrect the Queen Witch along with Caine and Wood as Kauder's confidants, are fascinating. But with under-developed characters there is only that much that they can do.

With fabulous production designs, the film relies heavily on digital effects. Each frame is picture perfect.

The visuals, which are laden with computer generated images and packed with insects and butterflies create a magical aura, but unfortunately the effects are too synthetic to relate to.

These frames at times are incongruous to the plot as well. Also the 3D effects are barely noticeable.

The high-decibel background score by Stevce Jablonsky, gets to your nerves after a while.

Overall, director Breack Eisner's The Last Witch Hunter is an attractive-looking blockbuster that lacks depth in terms of a crisp and concrete story. It may appeal to Diesel's crazy action-loving fans who would overlook all its faults.