The Lazarus Effect is not worth your leisure time. 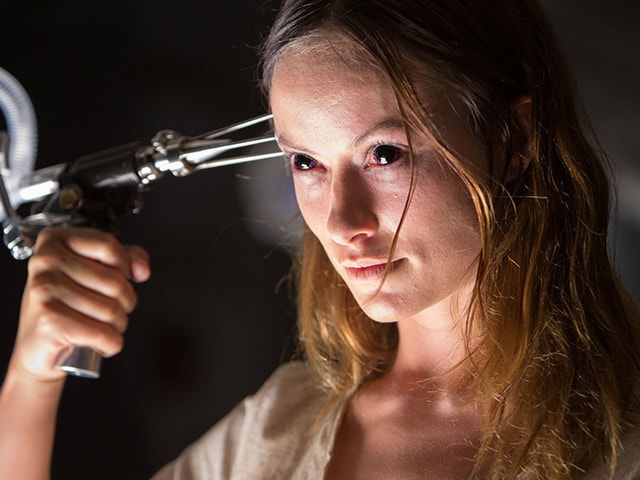 Jesus Christ! What a waste of resources and energy for a horror about raising the dead.

Edgily balancing between the science fiction and horror genres, The Lazarus Effect is a poorly crafted film that has nothing original about it. And, the execution of the idea is both ineffectual and lethargic.

Set within the confines of a laboratory at St. Peternus University in Berkeley, California, the story follows a group of four medical researchers lead by Fank (Mark Duplass) and his fiance Zoe (Olivia Wilde). The quartet are working under a grant from the college to experiment with something that could revolutionise the mechanics of modern science. In their endeavour, they develop a serum that could bring the dead back to life.

This revolutionary experiment would definitely benefit humanity, but unfortunately, how their plans go topsy-turvy, forms the crux of the narration. While this brief may sound interesting theoretically, director David Gelb's work of art is disappointing.

The first act of the film has verbose exposition where characters rattle off their frustrations spouting cliches and technical terms, creating a chaotic conflict which is unclear. It is only after the initial experiment when the dead dog comes back to life that the flow of events and narration is comprehensible to an extent.

In the second act, when Zoe accidentally dies and is later revived, strange things begin happening to her -- she can move objects through telekinesis, and, this being a horror film, she's possessed by the sudden desire to murder everyone around her. Simultaneously, we are bombarded with the leitmotif of Zoe's haunting vision which involves a little girl helpless to rescue a family from burning to death. These scenes confuse you further.

These turn of events on screen does not speak too highly about writers Luke Dawson and Jeremy Slater's screenplay. Every scene, whether it is a mere exchange of dialogue between characters or a setup to a creepy jolt, is without ambition and the film drags through a series of foggy and irrational plot points that lead nowhere. It offers no insight into the premise and lacks any indication to the goal.

While the actors labour hard to give life to the characters, the underdeveloped character graphs do not support them. Overall, the acting is functional without any chemistry between actors. Olivia Wilde as Zoe has a meaty role. Her transition from a researcher to the subject of the research to the demonic beast is commendable.

Duplass as the careless lover and overtly ambitious nerd is natural. Their two colleagues; Donal Glover as Nike who has a soft corner for Zoe and Evan Peters as Clay along with Sarah Bolger who plays a damsel in distress, videographer are all too restrained.

Technically, the quality of the visual effects is above average but oft seen and forgettable.

Effectively, The Lazarus Effect is not worth your leisure time.