The Second Best Exotic Marigold Hotel: The Stakes Are Raised, And So Is the Romance

To get away with pretending that less is more, strenuous overacting is required. 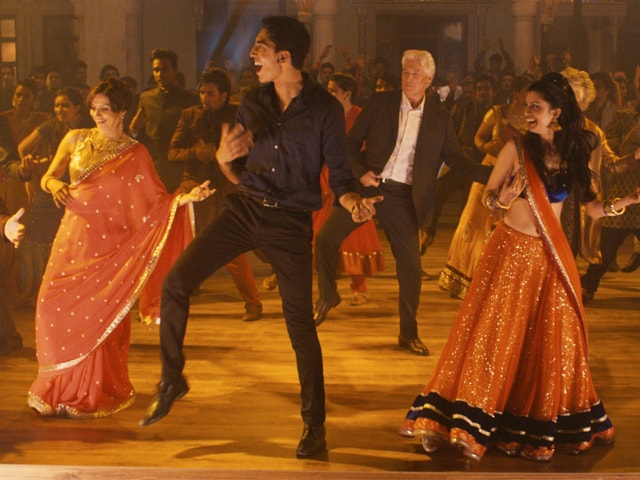 Beyond its blindingly colorful palette, the pleasures to be gleaned from the sequel to the 2012 hit The Best Exotic Marigold Hotel derive from watching its eminent, mostly British cast ham it up while trying to inflate dramatic molehills into mountains. To get away with pretending that less is more, strenuous overacting is required.

But for die-hard Anglophiles whose hearts go pitter-pat over actresses awarded the title Dame, it won't really matter what the film's most famous returnees say or do, as long as they chew the scenery. Leading the list are Maggie Smith and Judi Dench, peddling their irresistible brands of British hauteur.

But be warned: If you haven't seen the first Marigold, adapted from a novel by Deborah Moggach, you may find it difficult to figure out who's who and what's what in the seriously overpopulated The Second Best Exotic Marigold Hotel.

Because there's no explanatory prelude in the sequel, you wouldn't know, for instance, that most of the characters are financially stressed Britons, recruited to spend their sunset years in Jaipur, India, at a residential hotel that is much less splendid than advertised. After much grumbling and backbiting, they become a semi-happy extended family embarked on improbable romantic adventures.

By hyping the pageantry and adding more stars, the director, John Madden, and the screenwriter, Ol Parker, who created the first film, try to compensate for the new movie's lack of coherence and narrative momentum. But with no real story to tell, only so much can be done. The newcomers include Richard Gere at his most courtly, David Strathairn and Tamsin Greig (of the Showtime series Episodes).

The second Marigold begins in San Diego, where the hotel's hyperkinetic co-owner and manager, Sonny Kapoor (Dev Patel), has gone to seek the backing of an international chain in the hopes of opening a second hostelry near the original Marigold; he gets cautious nibbles of interest. Shortly after his return to India, a suave American, Guy Chambers (Gere), claiming to be a novelist, shows up. Sonny assumes he must be a hotel inspector masquerading as a guest and smothers him with obsequious attention. Complicating matters, and adding another unnecessary romantic subplot, Guy makes a beeline for Sonny's proper, widowed mother (Lillete Dubey).

Meanwhile, the fledgling friendship of Evelyn (Dench) and the shy, bumbling Douglas (Bill Nighy) moves a step closer to true romance. For in the second "Marigold," atmosphere is so overheated with senior desire that you begin to wonder what might be in the water. A stay at the Marigold Hotel looks as rejuvenating as a dive into the magically restorative swimming pool in "Cocoon."

In aggressively sunny picker-uppers like the Marigold movies, there is a thin line between adorable and insufferable. And in the second Marigold, Patel has succumbed to his tendency toward cuteness. His performance is an increasingly tiresome display of sentimental slapstick and attempted scene stealing in which he evokes uncomfortable memories of Roberto Benigni running wild in Life Is Beautiful.

It all culminates in a grand, pseudo-Bollywood-style wedding sequence. The song-and-dance extravaganza celebrating Sonny's marriage is the first of several endings that unnecessarily pad the movie. For the last half-hour, I felt like a party pooper as I waited impatiently for it to end.