Thozha comes in as a family entertainer for this summer 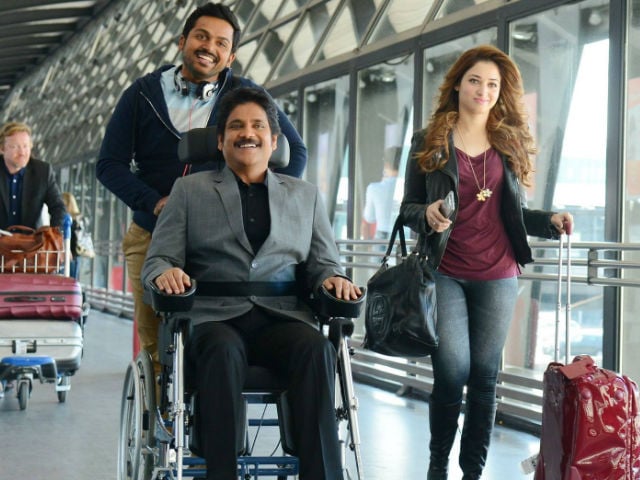 What happens when a philosophical, bed-ridden billionaire and an irresponsible, free-spirited young man get together? One may expect a series of interesting moments, and that's Thozha - the official remake of the French comedy drama The Intouchables. There was a lot of hype around the Karthi-Nagarjuna duo, and yes, it has clicked well too. Karthi dons the role of a careless youngster Seenu, doing petty mischiefs for a living. Nagarjuna is the adventure loving Tony Stark in town, Vikram, who gets paralyzed after a paragliding accident. Seenu takes up the job as Vikram's caretaker and what happens between them and in their lives - unrolls as the story.

The plot mainly revolves around the brotherly bonding the pair shares, with added bytes of love in parts. Pretty dressed Tamannaah plays what's expected of her, and so do Anushka and Shriya who make brief appearances. The comedy sequences between Prakashraj and Karthi tickles the laughing bones well, with the 'painting' incident as the highlight. The theatre erupts in laughter everytime a reference to it is made. Somehow, this kind of roadside Romeo role comes quite naturally to Karthi and he manages to pull it off in ease and style. Nagarjuna's characterization is wonderful and makes one see him as the character Vikram rather than the actor on screen.

The casting is good. Music by Gopi Sunder comes in as a decent work with the title track ticking the list. Cuts by Praveen KL are impressive, especially the sequences in Paris. Raju Murugan does a fabulous job with the dialogues, creating emotional highs at many instances. Director Vamsi might have added the love angles and the family segments for the commercial motive of the movie, but somehow it drags the pace. The core script would have gained more grit if the focus was only on the chemistry that the two male leads share. 176 minutes is a pretty long time to stay put. A riveted storytelling would have made it crisper.

On the whole, Thozha comes in as a family entertainer for this summer. Watch it, feel good and move on.