Traffic extends the trend represented by Airlift and Neerja. 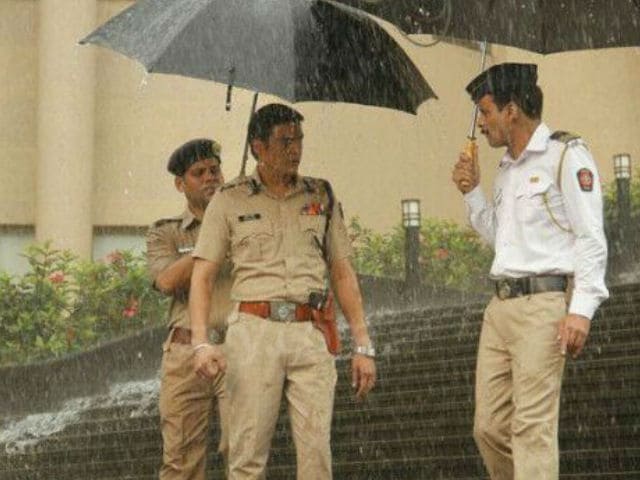 Coincidences and happenstance play a major role in Traffic, the late Rajesh Pillai's Hindi remake of his 2011 Malayalam smash hit of the same title.

But thanks to its sharply chiselled screenplay and near-perfect casting, this racy and gripping film leaves nothing at all to chance.

The paths of several unrelated individuals cross in unexpected, life-altering ways when a car jumps a signal at a busy Mumbai intersection and hits a motorcycle carrying two friends.

Traffic deals with the themes of loss, grief, betrayal, hope, second chances and redemption with impressive efficacy and lightness of touch.

Inspired by a real-life incident that occurred in Chennai in June 2008, the film stages a dramatic race against the clock undertaken by doctors and traffic policemen to save the life of a child.

The 105-minute Traffic plays out like a thriller, with each second that elapses invoking the ticking of a real clock.

Traffic is made doubly riveting by an eclectic bunch of fine actors led by Manoj Bajpayee in the role of Ramdas Godbole, a traffic constable suspended from service for accepting a bribe.

The writing department gets all its lines right. The screenplay by Bobby and Sanjay has been adapted into Hindi by Suresh Nair.

Dialogue writers Piyush Mishra and Prashant Pandey ensure that nothing is lost in translation.

In Mumbai, a cub reporter Rehan Ali (Vishal Singh) on the way to an early morning interview with a movie star Dev Kapoor (Prosenjit Chatterjee) is hit by a car. Declared brain dead, he has little chance of making it through.

In Pune, 160 km away, the star's 12-year-old girl, suffering from a serious heart condition, is hours away from death. She needs a transplant real quick.

Pure visibility rules out the deployment of a chopper for the next three hours.

The girl's desperate father requests a friend for his private jet, but that too is grounded by bad weather in Jaipur. The only hope now is the Mumbai-Pune highway.

As soon as the accident victim's parents agree to donate their son's heart, the Mumbai traffic police force swings into action to pull off a mission impossible.

Traffic is entirely content-driven. Its gallery of principal characters, each of whom has reason to seek redemption, are etched out with care and empathy.

At the heart of the film is the discredited traffic constable who volunteers to drive the dead man's heart to Pune in two-and-a-half hours.

The head of the hospital (Vikram Gokhale) from where the heart is to be picked up gives the police officer a piece of his mind when the latter tries to impress upon him the enormity of the task.

Doctors and policemen always take chances because their jobs are fraught with risks, the doctor tells the man in uniform.

The latter sees the point quickly enough for the mission to get on the road in the nick of time.

In the vehicle that sets out for Pune with Godbole at the wheel are Rehan's friend Rajeev (Amol Parasher) and heart surgeon Abel Fernandes (Parambrata Chatterjee), a man with his own deadly secret.

Involved inextricably in the mission are the emotions of the parents of both the dead journo (Sachin Khedekar and Kitu Gidwani) and the hospitalized girl.

The self-absorbed movie star, who thinks nothing of missing his daughter's birthday and parents-teachers meeting, and his desperate wife Maya (Divya Dutta) can only hope for a miracle.

The storyline does have minor gaps and a strong dose of contrivances, but the direction and the acting ensure that they do not derail the film.

Bajpayee is absolutely brilliant as the cop. He conveys a gamut of subtle emotions with minimum visible effort.

He is ably supported by the other actors in the cast - many of them are seasoned pros who know exactly what they are supposed to bring to the table.

Especially notable is the perennially underrated Jimmy Sheirgill, who lends to the character of the police commissioner a cloak of believable humanity.

Hindi movie fans have clearly lucked out. Only four months into 2016, they have already been treated to three amazing true stories brought to the big screen with elan.

Traffic extends the trend represented by Airlift and Neerja. Unfortunately, the director is no longer around to bask in the glory. He died in late February, aged only 41.

Traffic, both the original and its Hindi version, will forever bear testimony to the magnitude of the loss that Pillai's untimely death represents for cinema.

This is a fitting swan song: an unmissable film.