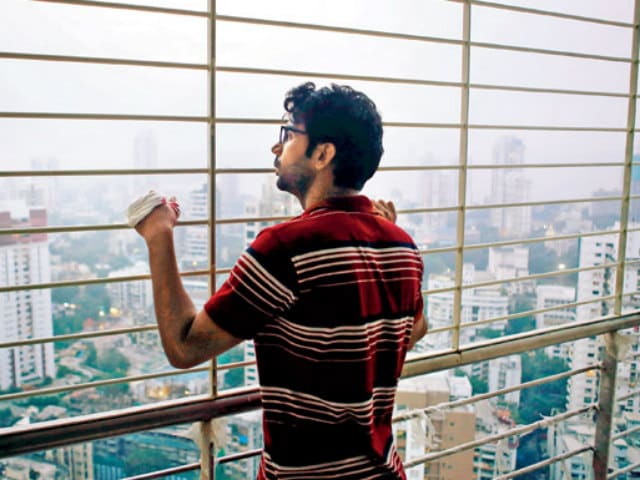 Trapped Movie Review: Rajkummar Rao in a still from the film

Something that blew my mind when I first moved to Bombay over a dozen years ago was the fact that alcohol is home-delivered. Everything, in fact, is delivered to the doorstep, at all times of day and night, and you can go months on end without leaving the house - if that's what you want. Man might not be an island, but this particular island city specialises in letting you create your own self-sufficient bubble.Vikramaditya Motwane's ingenuous new film, Trapped, exploits this detachedness the city gets off on, simply by taking the island metaphor further. This claustrophobic little film is the story of a man realistically locked inside a high-rise apartment, and - in form and structure - this is a survivalist film, a genre primarily made up of singular protagonists marooned on deserted islands.

Think of it as Castaway - minus the beach. (Though, thanks to the city it's set in, there may arguably be more humidity). This is a genre that takes an actor and places them front and centre, forcing the audience to be caged in close to them, and thus by definition demands a powerhouse performer. Motwane does well here to give this challenge to the infallible Rajkummar Rao, who breathes realism into the dimly-lit proceedings. 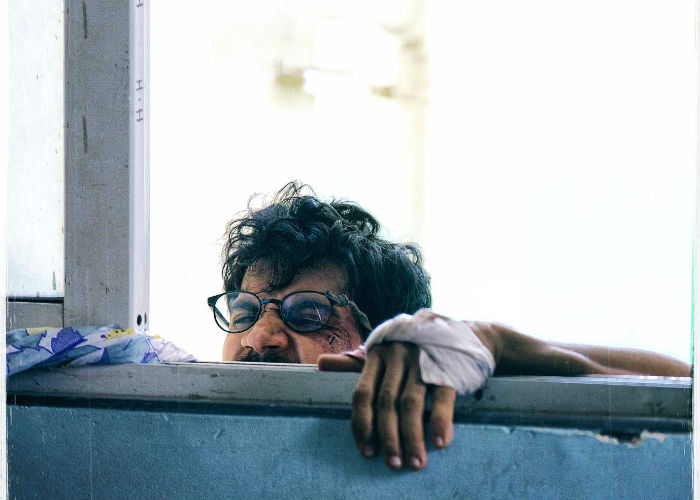 Trapped Movie Review: Think of it as Castaway - minus the beach

What happens is alarmingly believable: the keys get left on the wrong side of the door. Most of us have been there, scurrying for the numbers of '24 hour key makers' in order to creep back into our own flats, but Shaurya, this film's unassuming but enterprising leading man, finds himself on the inside looking out. And, given that he's high up the rungs in a still-uninhabited building, his task is significantly harder.

It is a gripping, compelling film, and what Motwane does best is show how every struggle - the smallest of struggles - assumes epic proportions when viewed in extreme close-up, and how all those little victories add up toward a big one. It's a top moment to see Rao wielding a slingshot fashioned from the waistband of his briefs to hunt himself one of the city's ubiquitous pigeons, but then arises another hiccup: this man is a vegetarian.

Watch the trailer of Trapped:


The problems just keep coming. The fact that Shaurya is intrepid enough to reach out to a colleague - Noorie, played by the wonderful Geetanjali Thapa - in the hope of sparking an unlikely romance, shows his determination, but this isn't a man who thinks things through, instead hoping that all will work out. In a last-bid effort to win her over, he recklessly rents a flat at an unbelievable price. But hark, newcomers to maximum city: if it sounds too good to be true, it is.

Siddharth Diwan's cinematography is appropriately cramped, with a series of small cameras hemming in Rao - like a mouse in a cage, or a reality television contestant. He is often too close to the lens, and photographed as unflatteringly as the situation demands. Rao plays the character superbly, making his Shaurya insecure and hesitant. It is clear that he's not a bold person per se, but, thanks to this situation, finds bravery thrust upon him by desperation. And, like it would on most common-man protagonists, heroism is an ill-fitting garment.

I refuse to divulge Shaurya's clever attempts at escape, but what is most impressive is the way Motwane and Rao make us feel the protagonist earns every single triumph. Weighing in at just over a hundred minutes and shown to theatrical audiences without an interval, Trapped is a unique experience for the Hindi filmgoer and a film that captivates. 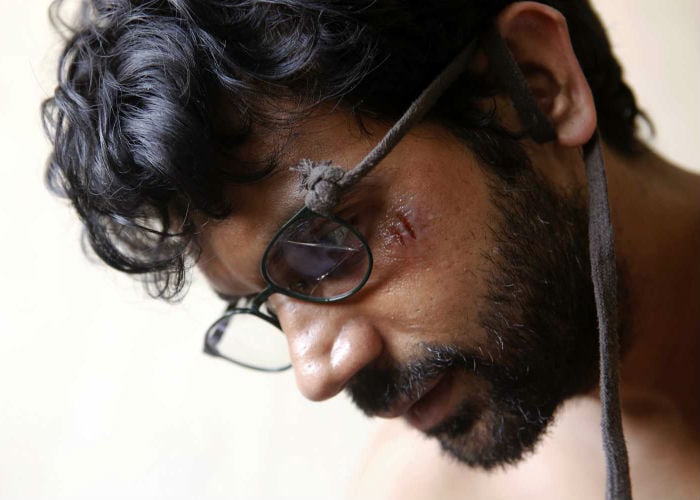 Trapped Movie Review: The problem is that the struggle is too linear and predictable

The problem is that the struggle is too linear and predictable, with some of Shaurya's more-elaborate plans falling into place a bit too easily. The film is compelling but it could have been more cleverly plotted, though, having said that, I wonder if that would have gotten in the way of how audiences relate to the everyman aspect of the horror. Also, a film of this genre shouldn't feel the need to tie up every single narrative thread, which weakens the potency of the final punch, making for a sloppy end, but the rawness works for the genre, at any rate.

That unrehearsed feel, I suspect, was what Motwane was going for. He's a filmmaker who made a small, much loved gem in Udaan, and then a giant period drama called Lootera which I adored, but which ended up being watched by too few. Perhaps this, then, is the story of a director - trapped by big-budget pressures - who needed a small win. This one is a breakout.