Tum Bin 2 Movie Review: It would be surprising if it achieves the kind of commercial success that Tum Bin did 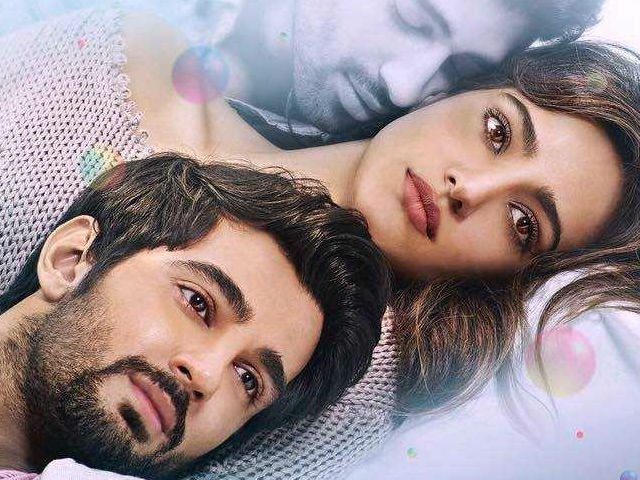 It was with Tum Bin that director Anubhav Sinha got his start in Bollywood. It was 2001, the year the Mumbai film industry delivered two of the new millennium's most memorable films, Lagaan and Dil Chahta Hai.

Over the decade and a half that have elapsed since, Hindi cinema, romantic dramas and Sinha himself have undergone many an inevitable change. Hence it feels a tad odd that a sequel to Tum Bin has been be attempted in the year 2016.

Not only has Sinha written and directed Tum Bin 2, he has also produced it under his Benaras Mediaworks banner in collaboration with T-Series. He obviously believes the franchise has a future.

The film is staggeringly simple-minded: it has faith, in an old-fashioned way, in the healing power of love and the catharsis of pain. That might not necessarily be a drawback for a film seeking mass connect.

But the characters are airily conceived and presented, robbing them of any tangible, relatable emotions.

They eat lasagna, rustle up cakes, swig red wine, and sip cups of coffee as they hold forth on love, loss, pain, grief, the pursuit of happiness and doing the right thing no matter what.

The appeal of the exercise begins to wear thin as soon as the beautiful frames, the eye-popping locations and the wannabes who are in the drama begin to look and sound drably monotonous.

Tum Bin 2 is competently mounted, visually lush and musically strong. But in terms of substance, this sequel is too long and too bland to be able to recapture the dramatic traction of the original tearjerker, which, too, had no star power.

Tum Bin had struck an instant chord 15 years ago, but none of its lead actors - Priyanshu Chatterjee, Sandali Sinha and Himanshu Malik went on to make thriving big screen acting careers in Mumbai.

It would be surprising if Tum Bin 2 achieves the kind of commercial success that its predecessor did.

But, in the light of the frequency with which tales of young love hit the screens these days, chances are that Neha Sharma, Aditya Seal and newcomer Aashim Gulati will get ample opportunities to build upon this opening.

The problems that Tum Bin 2 encounters do not lie in the technical department. In fact, few Hindi films have looked as consistently gorgeous as Tum Bin 2, thanks to the picturesque Scottish locations and cinematographer Ewan Mulligan's adroit camerawork.

It is the content of the film that lends itself to mushy dreariness. A much-in-love Indian couple, who live in Edinburgh, are days away from their nuptials when a mishap interrupts their life.

Another young man, as suave and smooth-talking as the first one, enters the picture and the grieving girl is steadily dragged out of the trough.

Then, expectedly, the first guy returns and an inevitable triangle is created, leading to a maudlin love story in which every character is so shiningly spotless that they could put priests completely out of work.

The two male actors - Aditya Seal and television's Aashim Gulati (in his first big screen role) - compete with each other to be sugary sweet.

The object of their affection (Neha Sharma in a comeback of sorts) mourns the disappearance of her fiance until the new man in her life teaches her not to exist with her back to what life has to offer.

The song plays on the soundtrack while the depressed lady gets drunk silly, rediscovers a fount of joy within her, and dances in gay abandon.

Life, says one of the wise young men, is a summer vacation; even as you are making your grand plans, it's suddenly over, poof!

Sure enough, he isn't the sole philosopher here. Everybody in this film delivers pep talks to everybody else. So much so that at times the audience could be forgiven for wondering if they have strayed into an Agony Aunt show.

Kanwaljit Singh plays a character addressed as Papaji, is the elder statesman who pines for his deceased wife even as he advises his missing son's girlfriend to learn to surmount the anguish of separation.

The heroine is the youngest of three sisters who bond big time and stand by each other through thick and thin.

Their exchanges yield one of the more interest moments in Tum Bin 2. The eldest (Mehar Vij) is dead against the second sister (Sonia Balani) plan to marry a Scottish-Pakistani boy.

Sceptical big sis is talked into paying a visit to the guy's place to check him out. He not only turns out to be Hindu, but also a successful doctor.

As the ice breaks, the doc's mom pipes up: Religion and culture are two different things. We are Hindu by religion, but Pakistani by culture.

There are times when Tum Bin 2 turns pretty corny. In one scene, one of the two men, in a particularly moony moment, admits to the girl: Tumhare bina mera kya hota? Thank God, I have you in my life!

The audience might not be overly dukhi with Tum Bin 2, especially owing to its commendably sophisticated soundtrack. But this sequel is unlikely to have anybody asking for more.