Waiting is beautiful, believable and a well-chiselled marvel 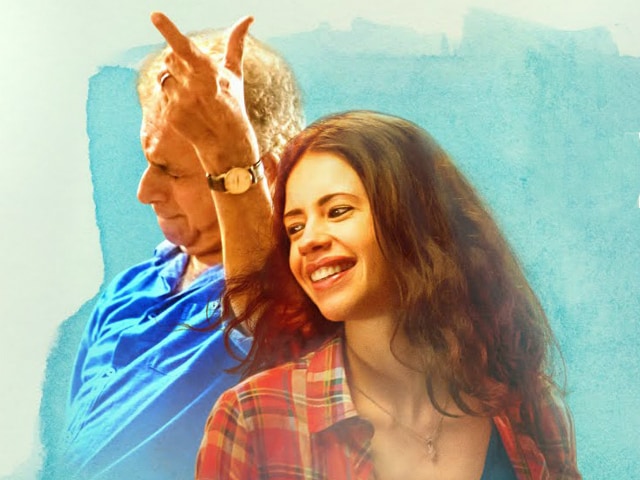 An understated and superbly acted film about loss, grief and the human need to cling on to the physical presence of loved ones, Anu Menon's Waiting is at once heart-wrenching and uplifting.

The plot is wafer-thin because much of it hinges on episodic ruminations on love and death, but the restraint and lightness that the director brings to bear upon the solemn theme of life's impermanence gives the film its edge.

Waiting is marked by deep philosophical undertones, but it is never unduly ponderous.

Parts of the film appear just a tad affected and cliched. A husband admitting to a one-night stand or a wife suspecting her partner of infidelity don't quite belong in this subtle slice-of-life drama. 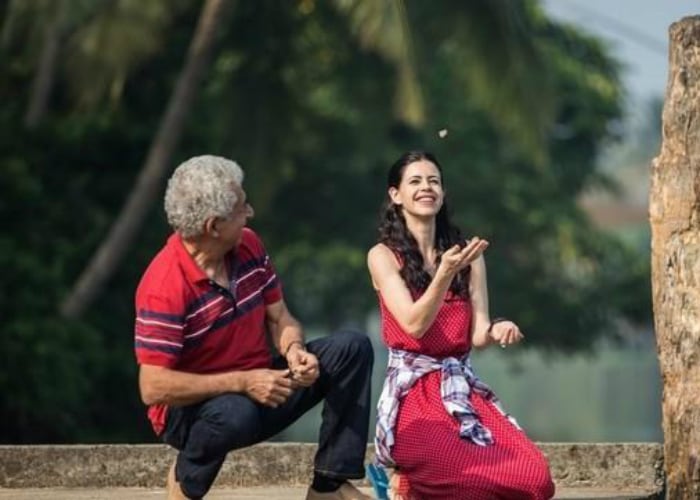 But the core of the tale that Anu Menon crafts is rarely less than heartfelt and spontaneous.

The two principal characters, both at the receiving end of the cruel vagaries of destiny, dangle between positivity and fatalism as they hope for a miracle to put them out of their misery.

Waiting hinges on the unlikely bond that develops between a retired Kochi professor and a young Mumbai woman who are yoked together by a tragic turn of events and compelled to view existence in a new light.


It is eight months since the professor's comatose wife was put on life support in a hospital.

The newly married woman's husband, on the other hand, has just been wheeled into the same medical facility.

He has serious head injuries sustained in a road accident during an official business tour.

The anguished duo spends hours in the hospital's waiting room and seeks solace in each other's company even as they get into violent arguments over the fate of their respective spouses.

The man, Shiv Natraj (Naseeruddin Shah), has been married for 40 years and is determined to ensure that his wife Pankaja (Suhasini Maniratnam) gets a new lease of life.

The woman, Tara Kapoor-Deshpande (Kalki Koechlin), married for only six months "and a day", is understandably equally desperate to see her sports-loving husband Rajat (Arjun Mathur) come out of the ordeal in one piece.

Both Shiv and Tara, who strike up an easy friendship and have good-natured digs at each other, have serious issues with the hospital's doctors.


The latter are given to mouthing rehearsed assurances and holding out illusions of hope.

The head of the hospital, Dr. Nirupam Malhotra (Rajat Kapoor), has a tough time convincing Shiv and Tara that he is doing his job and has the best interests of his patients at heart.

Shiv and Tara begin by merely shooting the breeze, but the twosome quickly graduates to being each other's sounding boards in the face of the personal crises they are up against.

Shiv wants his wife to be operated upon while the hospital will none of it.

In contrast, the medical superintendent suggests surgery for Tara's husband but she is reluctant, unsure whether he will ever again be able to play tennis and run marathons.

Their divergent responses are shaped by who they are. Shiv is a serene, old-school man who believes in set patterns. His day begins at 6 every morning with the ring of the bedside alarm clock.

Tara is the exact opposite: an atheist, she is forever on the edge and given to resorting to cuss words and emotional outbursts.

One of her closest friends, Ishita (Ratnabali Bhattacharjee), a working mother of two children and wife to a busy husband, flies in to Kochi to perk her up. But even that act ends on a sour note.

Waiting is elevated several notches by the two central performances. Naseeruddin Shah, effortless and characteristically effective, is an epitome of Zen master-like poise.

He moves from sorrow to hope and from anger to cheerfulness with minimum visible effort, which, of course, is par for the course for the seasoned actor.

Kalki Koechlin, in the garb of a far more temperamental figure, provides the ideal foil, adding immensely to the emotional depth of the tale and heightening the conflict between two unlike poles.


The cameos by Rajat Kapoor, Suhasini Maniratnam, Arjun Mathur and Ratnabali Bhattacharjee are no less impactful.

One supporting actor who stands out is Rajeev Ravindranathan as Girish, the simple-minded but helpful guy from the Kochi office of the female protagonist's husband. It's an intelligently written role and the actor does full justice to it.

Kudos are also due to director Anu Menon for creating an authentic Kochi milieu with the aid of minor characters who nail the local accent without turning into caricatures.

Waiting is beautiful and believable, a well-chiselled marvel that is watchable all the way.