Warcraft, inspired by a video game, is a convoluted waste of mental energy 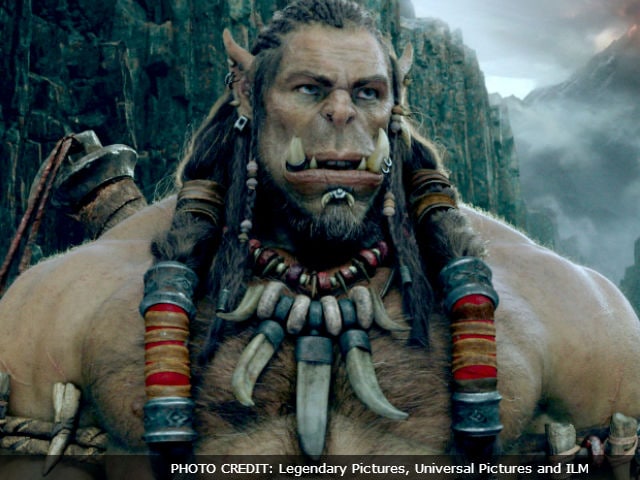 Twenty minutes into Warcraft, viewers will already have been whisked to such fanciful places as Draenor, Azeroth, Stormwind - and a castle in the sky. The good news is there's no quiz at the end. The bad news? This convoluted mess of an introduction requires more mental effort than any movie this idiotic deserves.

Fans of the video game on which Warcraft is based presumably already know the complicated history of this mythological world, but for frustrated first-timers, Warcraft has some serious 'splaining to do.


This might save you a little trouble: Orcs - muscular monsters with huge hands and underbites that would make an orthodontist see dollar signs - have accidentally trashed their own planet. Forced to relocate, they use dark magic - fueled by the souls of other species - to open a portal to the peaceful land of Azeroth.

At least Azeroth was peaceful.


Its king, Llane (Dominic Cooper), is understandably concerned about the giant marauding beasts that have invaded his land, so he enlists the help of his brother-in-law, the warrior Lothar (Travis Fimmel, unintelligibly growling his dialogue), and the kingdom's magical guardian Medivh (Ben Foster, channeling a less-subtle Gandalf) to send the Orcs packing.


They have some other allies, too, including an Orc chieftain named Durotan (a motion-captured Toby Kebbell) who's disillusioned with his tribe's evil magic: Side effects include thousands of dead humans, ravaged lands and 'roid rage. There's also magician-in-training Khadgar - played by Ben Schnetzer, in what amounts to the only standout performance - and Garona (Paula Patton), a green-skinned Orc half-breed and escaped slave. In her first appearance, she's little more than a Princess Leia knockoff, all skimpy clothes and metal leash.

That's a lot of plot for what is, at heart, an excuse to go crazy with the green screen. While some of the computer animation is impressive, it's rarely better than what we've seen in the Lord of the Rings films or even the recent Planet of the Apes reboots.

Directed by Duncan Jones, Warcraft was in development for years, and its release date has been pushed back numerous time. That's never a good sign.

But delays haven't helped with generic dialogue, bizarre pacing and thin characters. Not even an awkwardly shoehorned love story lightens the mood set by the film's bruising battles, with combatants getting flung, twirled and stampeded by bigger, stronger adversaries. It's all so plodding and grim, echoed by the blandly percussive score by Ramin Djawadi.


After a bone-crushing and byzantine buildup, the movie finally peters out. In what passes for resolution, the name of the movie is splashed across the screen, suggesting that a sequel is the only way to tie up this tangle of loose threads.