Verdict: Wedding Pullav is badly cooked. Dig into it at your own risk. 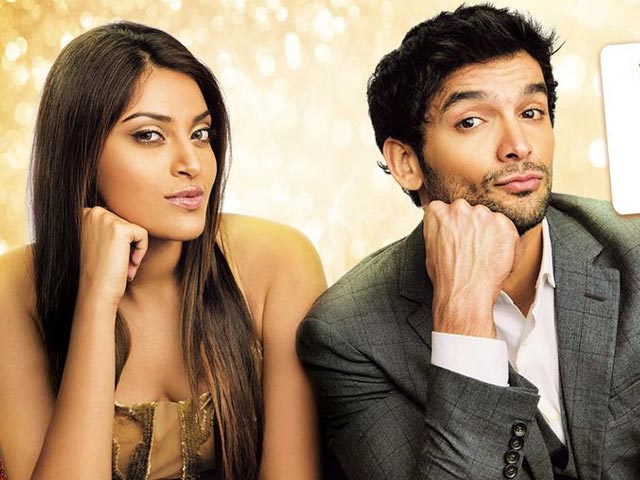 Bland and unenticing, Wedding Pullav is a concoction that is too stale and sloppy to tingle even the least evolved of cinematic taste buds.

There is much in the film that defies logic. But nothing is more mystifying than the names of Binod Pradhan and Rishi Kapoor in the credits.

How did Pradhan, one of India?s finest cinematographers, get dragged into directing this laughably vapid love story?

Wedding Pullav is anything but a befitting directorial debut for an accomplished technician who has lensed films like Parinda and Rang De Basanti, among many other memorable titles.

And what, pray, is Rishi Kapoor doing in this film? The veteran is reduced to the status of a glorified extra.

He sleepwalks through a splotchy role that requires him to alternate between an ever-efficient resort manager and an amateur love guru dishing out unsolicited gyaan on matters of the heart.

The clumsily scripted and executed Wedding Pullav is meant to be a launch vehicle for Anushka Ranjan, daughter of producers Shashi and Anu Ranjan.

With the film clearly destined for oblivion, this outing is unlikely to help Anushka?s acting career hit the fast lane. She would need to do much better to make a mark.

She plays Anushka, the tomboyish best friend of the film?s male protagonist, Aditya Sodhi (Diganth Manchale), who is engaged to his employer?s daughter Riya (Sonnalli Sehgall).

In a Thailand hotel for the imminent wedding, Anushka begins to realise that there is much more to her relationship with Aditya than just back-slapping friendship.

Anushka, on her part, is all set to get hitched to Jay (Karan V Grover), a painter of nude models she fell in love with while in London.

In this four-cornered romance, the characters are given utterly meaningless lines to spout about how to conduct oneself when in love.

As Wedding Pullav nears its business end, the hero tells the heroine that love should be expressed in no uncertain terms as soon as it happens.

In the very next scene, Jay, who has been waiting for dinner with Anushka, points out to her when she finally arrives for the rendezvous that no matter how hard one tries, love simply cannot be hidden from eyes of the world.

Anushka?s befuddlement isn?t reduced one bit when Jay grandly declares that ?I haven?t just loved you, I have lived you.? Go figure!

In another scene, Riya?s industrialist dad (Parmeet Sethi) issues an ultimatum to Aditya, a motorcycle designer whose professional future hinges on the former?s continuing support.

Love my daughter so much that she forgets her past; she will love you back so much that you will forget your friends, he says. Got the drift?

The tycoon doesn?t stop there: he summons Anushka and orders her not cross the thin line between friendship and love so that his daughter?s planned wedding can go ahead without a hitch.

This friendship-mutating-into-love formula is very, very hackneyed. But that is not the only clich? that Wedding Pullav falls back on.

It has a ?cool? granny who loves a swig or two and a foster-mother (Himani Shivpuri) who flips for the suave hotel manager.

There is also a contrite workaholic entrepreneur seeking to reconnect with his estranged wife (Kitu Gidwani). Mujhe meri galti ka ahsaas hai (I am aware that I erred), he intones.

And, of course, there is the inevitable daaru song early on in the film, with the crooner celebrating the virtues of bacchanalian excess.

Wedding Pullav appears to have been made by people high on cheap liquor. They believe that overkill works best. The rest of the world knows it doesn?t.

Love triangles click only when the actors in the key roles can make the audience believe that sweet nothings aren?t as vacuous as they sound.

The leads of Wedding Pullav do not possess that power. They only make the film?s string of implausible scenes much worse than they already are.

Verdict: Wedding Pullav is badly cooked. Dig into it at your own risk.