It is human drama beneath policeman's story 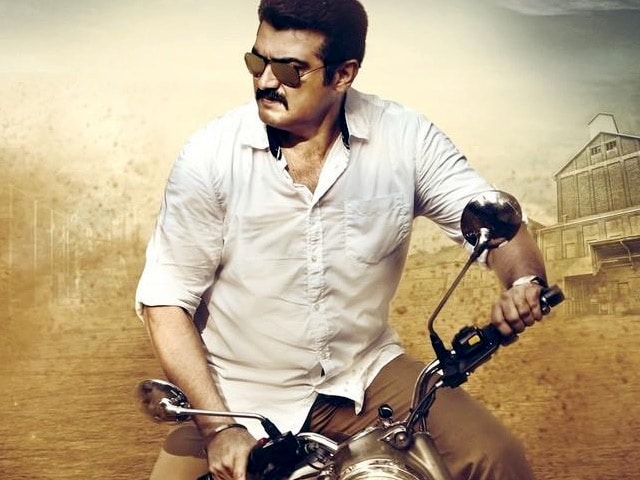 The real heroes of Yennai Arindhaal, the third film in Gautham's police franchise after Kaakha Kaakha and Vettaiyaadu Vilayadu, are the heroines Trisha and Anushka, for whom the film's best moments have been written.

If you've followed Gautham's films, the kind of roles he writes for his heroines and the way he portrays them are commendable even if they were to feature briefly, and you wonder if any other filmmaker can supersede him in this regard. Most of the film's story revolves around or should I say is linked to Hemalika and Thenmozhi, played by Trisha and Anushka respectively. Ajith, who plays police officer Sathyadev, puts his life on the line to protect them and not just because it's his job.

Yennai Arindhaal is the evolved story of police officer Sathyadev, who strives hard to strike a balance as a family man as well. Everything about the film and its protagonist Sathyadev is evolved to the extent that he's ready to accept a woman with a child in his life.

In one of the film's best stretches he proposes to Hemalika, and as he waits for her reply, he goes on to talk about things they plan to do as a couple -- like how they plan to send her daughter to the best school, buy a piece of land and settle down as a family.

He prefixes the word 'they' in these sentences to symbolically highlight she's already been accepted in his life and he's ready to do everything together. In an earlier scene, he drives her to the hospital when she's in labour, not as a policeman, but while working incognito as an auto-rickshaw driver to nab a local rowdy.

When they reach the hospital, she pays him (a man's got to earn, you see). And when they meet in court a few years later, she thanks him and says her daughter Isha came into this world because of him.

The icing on this relationship is the fact there's no mention about Hemalika's first husband (Isha's father), and it really doesn't bother Sathyadev. Gautham asks us, the audience, how many would be willing to accept a woman with a child without even inquiring about her past. There's an indication that Sathyadev might have learnt about Hemalika's past when he says how much he's impressed with her decision to teach dance (she's a dancer) free of cost. As a policeman it runs in his blood to do a background check on everybody he meets.

In the initial moments between Sathyadev and Thenmozhi, there's a lot of talking, although they're strangers who've just met on a plane. When she feels nauseated, he, a stranger, puts his hand on her shoulder to ask if she's alright. For a change, he doesn't stalk her; it's the other way around.

There's even a moment when it almost looks like he's going to say I've fallen in love at first sight but Gautham avoids these cliches.

In this story, the women also become the weakness of the heroes, for Ajith and Arun Vijay, who plays the antagonist Victor. There are two scenes where both Sathyadev and Victor end up doing something because of the weakness for the woman in their lives. And it costs them heavily in their careers.

Talking about human drama, there's a lot of focus on friendship and betrayal. Sathyadev is a man with an itch, as he describes himself, for inviting trouble. Gautham uses a thin line to separate the police officer Sathyadev from the gangster Victor. And the same line resurfaces in a scene towards the end when both are talking on cell phones and the screen splits into two halves separated by a thin black line.

The problem with Yennai Arindhaal, and of course with its creator Gautham, is the filmmaker's growing obsession with some of his familiar tropes - the hot-headed and loud villain Victor (Arun is terrific in the role), who reminds you of Pandian from Kaakha Kaakha, the perennial danger the protagonist's family gets into, the weakness for women, the role of a father, the songs that stop and break into conversations and again continue playing, the narratives that lose steam in the end and finally the length.

There's a wonderful father-daughter relationship. At one point, the film does feel like a story of a police officer who wants to give his daughter a life his father couldn't. There's also a brief flashback scene with Sathyadev and his father, played by Nasser, and it only reminds us how much Sathya misses his father when he tries to be dotingly good to his daughter.

Despite some tonal and length issues, Gautham impresses mostly in Yennai Arindhaal, and gives this tale of a police officer a much need emotional tug. Ajith's screen presence is unbelievably amazing and it takes guts for a star with a crazy fan following to do something so bold. It's refreshing to see the actor in Ajith overshadowing the star and going on to prove who is much better.