'A R Rahman Gave Me An Identity In Music Industry,' Says Neeti Mohan

"I have sung Jiya Re with A R Rahman and it is one of my biggest hits. People know me as 'the Jiya Re girl.' He has given me an identity and I'm extremely grateful to him and always will be," said Neeti Mohan 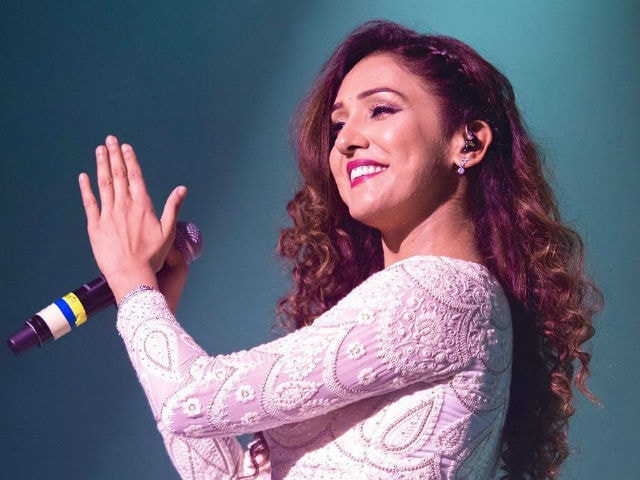 This image was posted on Instagram by Neeti Mohan

Neeti Mohan has sung several hits since making her debut with Ishq Wala Love in 2012 and the singer credits Oscar-winning music director A R Rahman for helping her establish a name in the industry.
The Neeti, 36, feels that it was Rahman's composition Jiya Re from the 2012 film Jab Tak Hai Jaan have her name in Bollywood. The song was picturized on Anushka Sharma.
"I have sung Jiya Re with A R Rahman and it is one of my biggest hits. People know me as 'the Jiya Re girl.' He has given me an identity and I'm extremely grateful to him and always will be," Neeti told PTI.
"In 2007, I had auditioned to be one of Rahman's singers for a concert that he was doing in America and I got through. Since then I have been part of his concerts and it has really been a great experience," she said.

Neeti said working with Rahman was a dream come true for her and she considers the 49-year-old composer as her guide. "I really consider him as my mentor. It's a dream come true for me to have met him and learnt so much from him. Every musician from our country wants to work with him as he has great respect in the industry," said Neeti.
The singer said she feels really lucky that she has worked with almost all the big music directors including Shankar-Ehsaan-Loy, Pritam, Vishal-Shekhar and Amit Trivedi, in such a short period of her career.
"It is very difficult to get to work with everybody but I've worked with almost all the music directors as of now. I feel extremely lucky. Each of them has something unique to teach you. The way they make you sing in the studio, you also get to explore yourself as a singer. I just want to keep working with them again and again," she said.

Neeti also wishes to collaborate with international and Indie pop artists.
"I would like to work with Nucleya and Raghu Dixit. I have sung for Raghu Dixit in his film which is yet to be released. I'm a huge fan of Indian Ocean band," she said.
The singer believes that with the advent of technology, independent artists are getting more space in the industry which was not the case earlier.
"Because of the internet, artists have a platform to share their music. There are so many YouTubers, who have become huge by doing covers besides their original songs. For example Nucleya, he is soon going to be a household name and he is almost there. It is so new what he is doing and people love his music. I personally feel it is a good time for Indian music and any kind of musician," she said.
(Except for the headline, this story has not been edited by NDTV staff and is published from a syndicated feed.)