Academy Awards: A R Rahman's Pele: Birth Of A Legend On Oscar Longlist 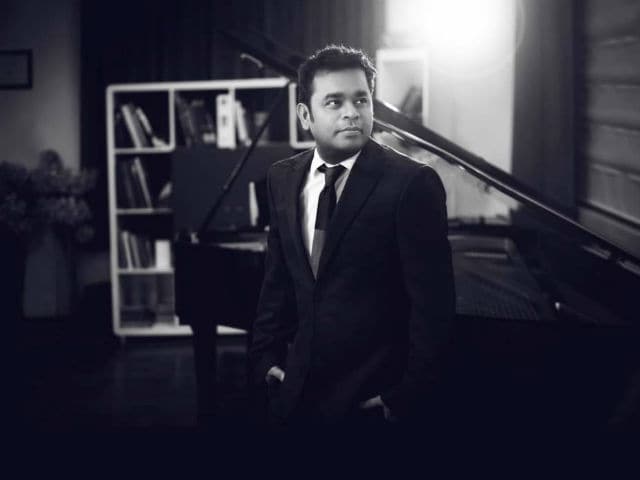 Composer A R Rahman's name has cropped up in the Oscars longlist for his work on the sports biopic Pele: Birth of a Legend. Rahman, who has already won two Oscars, has been mentioned as a probable nominee in two categories of the 89th Academy Awards, reports news agency PTI. The first is for Best Original Score and the other for Best Original Song. In 2009, the acclaimed musician brought laurels to India by winning double Oscars for his work in Danny Boyle's Slumdog Millionaire, in the above categories. According to PTI, Rahman will compete with Rogue One: A Star Wars Story, La La Land, Moana and Florence Foster Jenkins.
The 49-year-old musician's name features in the longlist of 145 original scores.
Written and directed by Jeff Zimbalist and Michael Zimbalist, Pele: Birth of a Legend was released in May. It is a biopic based on the early life of Brazilian football legend Pele.
The song Ginga, composed to celebrate Pele's soccer legacy, is on the Oscar longlist too. It is one of 91 songs which are competing for the final nominations in the Original Song category, according to the list released by the Academy of Motion Picture Arts and Sciences.
In an interview to PTI earlier, A R Rahman was quoted as saying, "When I was approached for the project, I first Googled who Pele was, because my life is all music. I saw amazing things about him and who he was."
Nominations for next year's Oscars will be announced on January 24 and the main ceremony will be held at the Dolby Theatre at Hollywood & Highland Center in Hollywood on February 26.
In 2009, A R Rahman was awarded for Best Original Score and the Best Original Song Jai Ho from Slumdog Millionaire, the lyrics for which was written by Gulzar. In 2011, Rahman received two nominations at the 83rd Annual Academy Awards, for his original score in Danny Boyle's 127 Hours as well as for the original song If I Rise.
A R Rahman's music in the upcoming Bollywood film Ok Jaanu is also a hit, within just two days of the release of its trailer.
(With inputs from PTI)