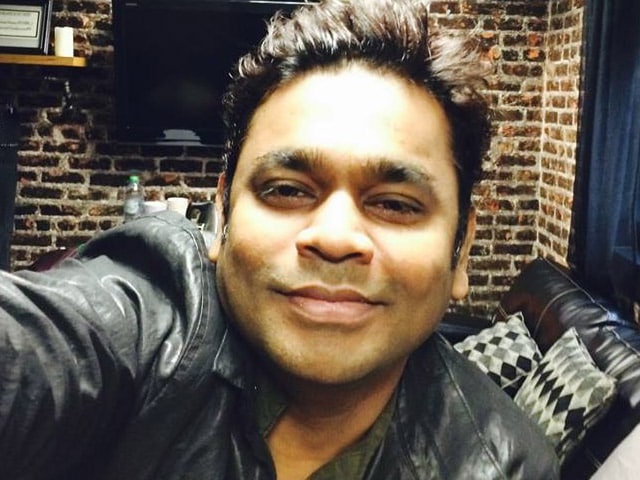 This image was posted on Facebook by AR Rahman

Idealism and omnivorousness converge in the music of A.R. Rahman

Idealism and omnivorousness converge in the music of A.R. Rahman, the hugely prolific Oscar-winning Indian film composer whose Intimate Concert Tour sold out the Beacon Theater on Thursday night.
Rahman has a huge discography of scores for Indian movies and a growing one for Western films like Slumdog Millionaire, 127 Hours and The Hundred-Foot Journey. True to the long, wildly eclectic tradition of Bollywood music, his songs are proudly multilingual in both lyrics and musical styles. During the concert, all sorts of allusions came along sooner or later. Raga, Baroque counterpoint, power ballad, reggae, flamenco, bhangra and disco were only part of the checklist.
His gift is making fusions sound natural. They're not; different cultures have different scales, different rhythms, different harmonies, different expectations of melody and phrasing. They can all lead to lowest-common-denominator music or glaring mismatches. But nothing seems forced in Rahman's songs. A rock beat can carry a winding Carnatic-style vocals; a sliding line played on a wooden Indian flute can intertwine with Western classical arpeggios from a violin. No matter which styles he combines, Rahman has an ear for yearning tunes and attention-getting hooks. In a set full of his Bollywood hits, the audience often applauded in recognition after just two or three notes.
Rahman played piano, keyboards and accordion, often accompanying the vocals of Jonita Gandhi, Haricharan Seshadri and Annette Philip; Philip demonstrated her scat-singing in a jazz segment, as Rahman slipped on a pair of shades.
Rahman often stepped forward himself and sang in a hearty tenor, though he joked that the tour was already taking a toll on his voice. He also showed off some new technology: a hand-worn sensor that let him appear to tap notes out of the air.
After so much experience with films, Rahman made his concert its own kind of narrative, moving through lofty contemplation and yearning romance to dancing for joy.
Gandhi, who has the kind of weightless, serene, long-breathed soprano that's essential for Indian playback singers, appeared in a succession of outfits, changing from a modest but colorful Indian dress to a patterned pantsuit under a punky black jacket.
Early in the concert, she sang with the inflections of Indian classical music, and she was gorgeously ethereal in the quiet opening section of Naane Varugiraen. But by the time she got to the song Jiya Re, she was rapping, too.
The concert's inevitable finale was Jai Ho, the song from Slumdog Millionaire that won Rahman an Academy Award and a Grammy. It had Indian folk roots, a rock beat and an internationally effective hook, and at the end Rahman and his band raised their fists in a victory salute - a victory over musical provincialism.