A R Rahman: Stardom will never consume my soul 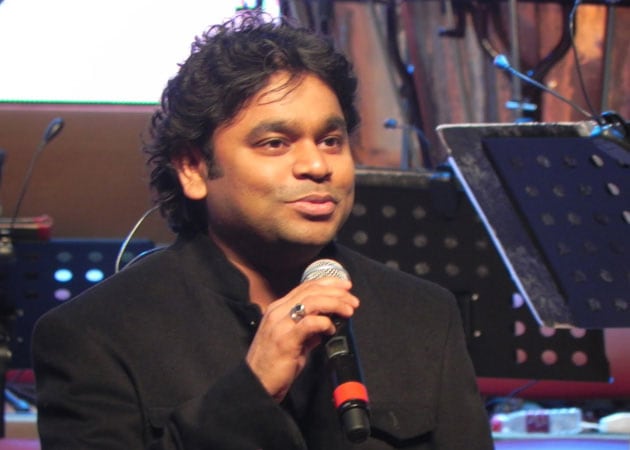 A R Rahman made history by becoming the first Indian to win two Oscars for Danny Boyle's Slumdog Millionaire.

He is one of the few Indians to have won two Grammy awards and two Academy Awards, yet he retains the humility of a common man. Celebrated Indian singer-composer A R Rahman, also known by the sobriquet 'Mozart of Madras', says he can never let stardom consume him.

He is one of the few Indians to have won two Grammy awards and two Academy Awards, yet he retains the humility of a common man. Celebrated Indian singer-composer A R Rahman, also known by the sobriquet 'Mozart of Madras', says he can never let stardom consume him.
"I was a common man and I will always remain a common man. No amount of stardom will ever consume my soul. Money comes, money goes. Fame comes, fame goes. I believe every human being is a celebrity in their own right," the 46-year-old said.
The music maestro made history when he became the first Indian to win two Oscars in a year, 2009, for Danny Boyle's Slumdog Millionaire, the rags-to-riches story of a Mumbai slum-dweller. Rahman had also bagged two awards at the 52nd Annual Grammy for his song Jai Ho from the same film.
The success has not gone to his head.
"To be successful, it is also very important to be humble and never let fame or money travel to your head. Ego is 'Edging God Out'. Success is important, but it doesn't always drive creativity. The integrity and passion of music is what ultimately drives me, with the unconditional blessing from the Almighty of course," he said.
Rahman started his journey by composing scores for documentaries and TV shows before he got his first movie break with 1992 release Roja. Since then, he has composed soul-rendering music in films like Rangeela, Taal, Dil Se, Jodhaa Akbar, Swades, Rang De Basanti, Rockstar, Jab Tak Hai Jaan and Raanjhanaa.
He got his first international break when Andrew Lloyd Webber invited him to compose music for the Broadway musical Bombay Dreams, which won him immense fame. He also composed for the stage adaptation of J R R Tolkien's Lord Of The Rings that premiered in Canada in 2006 and in London in 2007.
Rahman also credits his success to his family, which always stood by him and helped him stay rooted.
"My wife (Saira Banu) and my children are my roots who keep me grounded at all times," said the musician, who considers himself "like a boat without an oar".
"I let life take its own course. I know only my work and god. I pray a lot. You get dejected if you plan something and it does not happen," he said.
His family, he said, has been "my pillar of stimulus and given me infinite love and support without ever expecting anything in return" throughout his journey.
"Today, even though I have so much I will never be able to repay the emotional debt," he added.
He also attributes his success to his mother. After the death of his father, it was his mother who encouraged him to take his passion for music to another level. Today, he is making the country proud with his art.
"My mother is the person I owe my success to. Till five years after my father died, my mother would rent out his musical instruments to run the house after which she was advised to sell the equipment and live with the interest. But she refused saying, 'No, I have my son and he will take care of it'," he said.
"Spiritually, she is much higher than me in the way she functions. For instance, her decision of making me take up music was really an intuitive one. She made me leave school in Class XI and take up music and it was her conviction that music is the line for me," he added.
Rahman is currently serenading his fans with his 'Rahmanishq' India tour.