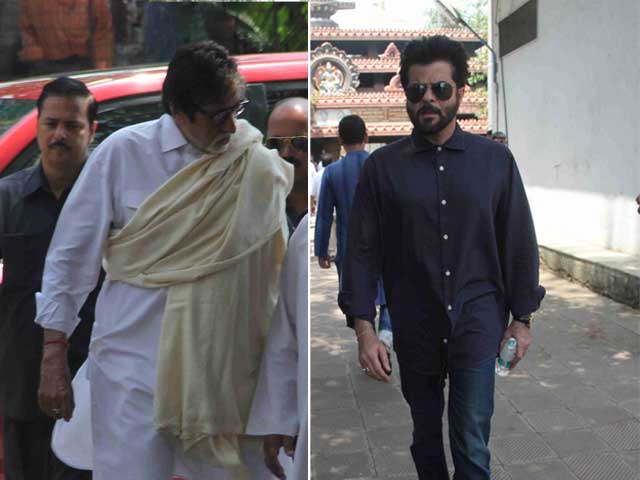 Mr Shrivastava was given an emotional send off by his colleagues and friends from Bollywood. Amitabh Bachchan, who worked with the singer-composer in films such as Baghban and Major Saab, was photographed consoling his actress-wife Vijeta Pandit. The mourners also included singers Sunidhi Chauhan, Udit Narayan, Abhijeet Bhattacharya, Alka Yagnik, Sonu Nigam and his wife Madhurima

Music composer Aadesh Shrivastava was cremated at Mumbai's Oshiwara Crematorium on September 5. The composer, who scored music for over a 100 Bollywood films, died on September 5 after a long, hard battle with cancer. He was 51.
Many from the film fraternity reached the cremation ground to say the final goodbye to their colleague and friend. Amitabh Bachchan, who worked with Mr Shrivastava in films such as Baghban and Major Saab, was photographed consoling his actress-wife Vijeta Pandit. (Also Read: RIP Aadesh Shrivastava, Tweets Bollywood After Composer's Death)