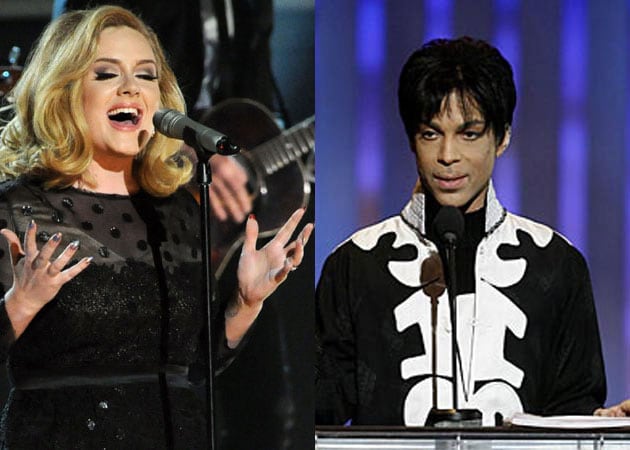 Award-winning singers Adele and Prince are set to collaborate on producing a new track together.

Award-winning singers Adele and Prince are set to collaborate on producing a new track together.
The artistes have reportedly met and discussed the prospect of a collaboration just last week at his secret London gig, reports dailymail.co.uk.
British singer Adele, 25, was spotted at the same nightclub as the gig and she is said to have had a brief discussion about the recording with Prince, 55, before he performed at the gig.
The gig was packed with celebrity audience members, including Rita Ora, Kate Moss and Stephen Fry.
According to a source, "The reason Adele only stayed a short time at Prince's gig at Ronnie Scott's in London was because it was just a business meeting and she needed to get home. They wanted to work together on a track for her next album."
However, a spokesman for Prince has denied the claims. "Not true. She just came to enjoy the show," said the spokesman.
Adele is scheduled to release her third studio album this year.