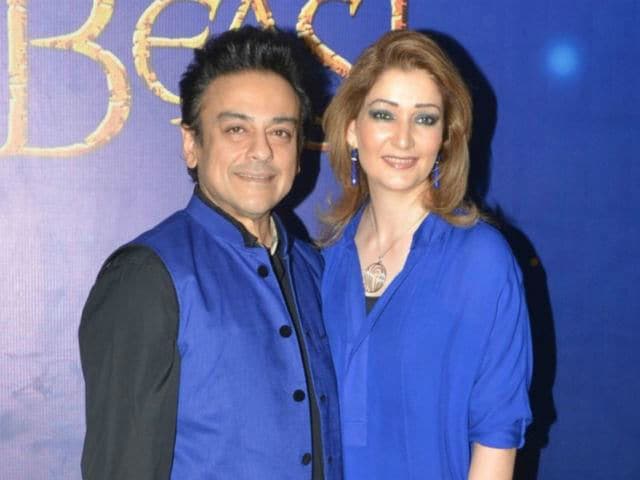 Singer Adnan Sami and his wife Roya Faryabi welcomed their first child together, a daughter whom they've named Medina Sami Khan. Adnan Sami shared the news with his fans on Twitter: "Roya and I have been blessed with an angelic baby girl. We've named her Medina Sami Khan. Prayed for a daughter. Over Joyed! #daddyslittlegirl." Adnan Sami also has a son, Azaan Sami Khan from his first wife Zeba Bakhtiar. Talking about his daughter Adnan Sami told mid-day: "Medina is the most incredible thing that's happened to us. Both Roya and I always wanted a daughter and she is already my lucky charm. I have found a new inspiration for my music through her and she is going to be the center of my world. Both mother and child are healthy and are doing fine."
Here's what Adnan Sami tweeted on Wednesday:

Adnan Sami was earlier married to Zeba Bakhtiar from 1993 to 1997. After divorcing Zeba, the singer married Sabah Galadari in 2001. The couple got divorced in 2004 and remarried two years later, only to get a divorce again in 2009. Adnan Sami married Roya Faryabi in 2010.
Adnan Sami, a Pakistani singer, received Indian citizenship in December 2015.
Adnan Sami was last seen in 2015 Bollywood film Bajrangi Bhaijaan as a singer. He was the playback singer for the track Bhar Do Jholi Meri. In Bollywood, Adnan Sami also sang Kill Dil's Sweeta, Taare Zameen Par's Mera Jahanand Udi Udi from Saathiya. Tera Chehra and Meri Yaad are among his earlier popular tracks.