In June 2006, Adnan Sami tipped the scales at 230 kilos - the photo he posted of himself with actor Amitabh Bachchan (who appeared in the music video for Kabhi Nahi) evidently dates from before then 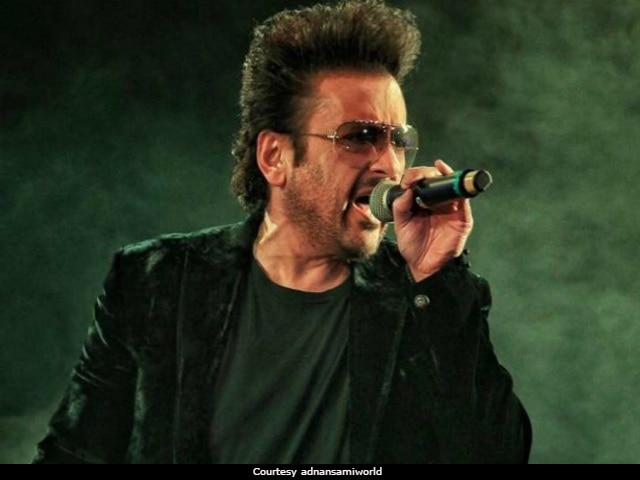 Singer Adnan Sami, now trim and healthy, posted a picture of his morbidly obese self from some years ago on Twitter over the weekend. It should surprise nobody that the comments his post received included cruel and hurtful jibes about his former size. In June 2006, Mr Sami tipped the scales at 230 kilos - the photo he posted of himself with actor Amitabh Bachchan (who appeared in the music video for Kabhi Nahi) evidently dates from before then - and, warned by doctors that he had only six months to live, he lost an incredible 167 kilos in two years. Adnan Sami, 45, captioned his photo: "A beautiful moment many moons ago and many kilos ago."


A beautiful moment many moons ago & plenty of kilos ago (!) with @SrBachchan ji. pic.twitter.com/ZrjHGW6PqC

He followed it up with retweets of posts about obesity from the official Twitter account of the office of Maharashtra chief minister Devendra Fadnavis. These were roundly ignored by trolls who described Adnan Sami's former self as a 'bloated egg' and 'fat and ugly,' and joked about him eating at McDonalds. A troll also took a jibe at Mr Sami's nationality, quipping venomously that Pakistan had risen two places in the health index - Adnan Sami was Pakistani until January 2016, when he became an Indian citizen.
Mr Sami mostly ignored the trolls, except for a couple to whom he responded:

He also acknowledged tweets praising his talent over his appearance.
Adnan Sami, whose discography includes singing playback for films such as Saathiya and Bajrangi Bhaijaan, also commented on the controversy over his colleague Sonu Nigam's tweets about loudspeakers used to broadcast the azaan or call to prayer. "I have mostly stayed abroad. I don't know exactly what Sonu Nigam has said. I know Sonu very well. He's a good and old friend of mine. He has a good heart. I believe that Sonu will never do anything to hurt the sentiment of others. But, like I said before, I don't know what exactly he's said. I want to see it with my own eyes first," Mr Sami said at Mumbai airport on Monday, reported news agency ANI.