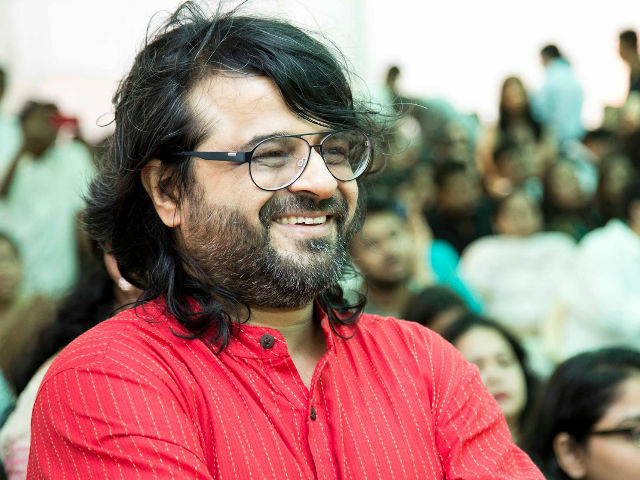 "He (Karan Johar) is such an impromptu, instinctive person. It has been the easiest experience to work with him because he is so instinctive. He says 'No', 'Yes' on the spot. If he likes it or doesn't like it he will tell why, and if he half likes it he will tell you, 'I like this, can you change the other part'," said Pritam

He has composed several blockbuster romantic tracks and Bollywood music composer Pritam Chakraborty says the songs of his upcoming Karan Johar-directed film Ae Dil Hai Mushkil will have a grand feel.
The romantic-drama stars Aishwarya Rai Bachchan, Ranbir Kapoor, Anushka Sharma and Fawad Khan.
Ae Dil Hai Mushkil is the first time when Pritam is composing music for a film directed by Karan.
The Dilwale hitmaker feels it is very easy to work with the producer-director as he is a very instinctive person who offers quick feedback.
"He is such an impromptu, instinctive person. It has been the easiest experience to work with him because he is so instinctive. He says 'No', 'Yes' on the spot. If he likes it or doesn't like it he will tell why, and if he half likes it he will tell you, 'I like this, can you change the other part'. So it's very easy to work with people like him," Pritam said in an interview.
On soundtracks in Karan's films being a hit always, Pritam said, "This (Ae Dil Hai Mushkil's music) too would be grand and romantic for sure. I am really looking forward to a great collaboration with Karan Johar."
This year, the 44-year-old composer will also reunite with filmmaker Anurag Basu for Ranbir Kapoor amd Katrina Kaif's Jagga Jasoos.
There were reports that the film will have as many as 20 songs but Pritam said he is still unsure about the final count.
Jagga Jasoos will feature many tracks, making it the most difficult movie he has ever worked in.
"The number keeps on changing every day, I also don't know how many songs. But there are lots of songs. I think Jagga Jasoos is the most difficult film I have ever worked in or I will be ever working in. The situations are devised as musicals and it is getting really difficult to crack," he said.
"Because (generally) we do one love song, wedding song, sad song. In all the Hindi films, we are given briefs like 'they are falling in love, painting the town' but in Jagga Jasoos the brief is very complicated and layered," he added.
The composer-director duo has previously given hits like Barfi!, Life in a Metro, Gangster and Pritam said he is now used to Anurag's way of style which is very "challenging".
"Anurag loves doing this. Even in BarfiBarfi. I am trying to cope up with it and hopefully, I pray we get through and do a good work," he said. (Also Read: Ae Dil Hai Mushkil to Yuvvraaj: Bollywood Films That Were Shot in Austria)
Pritam will be seen mentoring aspiring singers on the upcoming season of the reality show Sa Re Ga Ma Pa.
The Bajrangi Bhaijaan composer feels reality show contestants benefit "a lot" from such shows in gaining a foothold in Bollywood as it gives them a huge platform.
"They don't have to struggle, they don't go hungry, because of TV they are a popular face and do lots of shows, earn a lot money, enough to sustain and some of them are richer than me. Another benefit for us is when we need new singers, we go on YouTube and check them out. I don't have to wait for them to come to me," he said.
The new instalment of the show, which returns after a hiatus of three years, will be hosted by the singer-actor Aditya Narayan. The show premieres on March 26 on Zee TV.