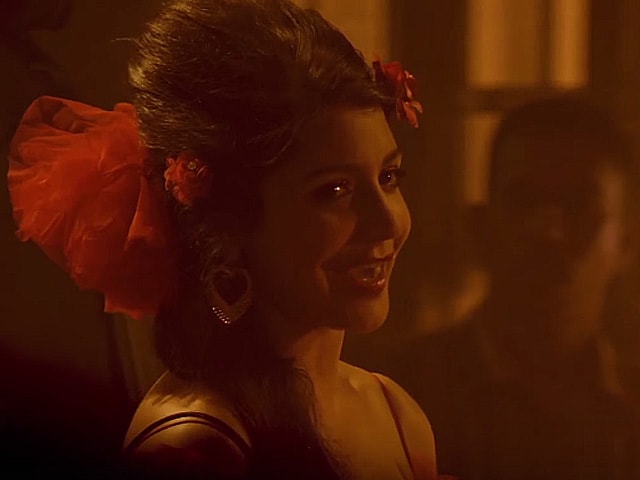 A still from Bombay Velvet.

"The movie's failure put the music on the back foot because it was part of the whole screenplay and the milieu of the film," said Amit Trivedi

Music composer Amit Trivedi had hoped his soundtracks for Anurag Kashyap's period crime-drama Bombay Velvet would change the jazz scene in the country.
Amit, who experimented with the music for the movie starring Ranbir Kapoor and Anushka Sharma, said that the album did not get its due credit because of the film's failure.
"The soundtracks suffered because of the movie's failure. We didn't expect that the movie will bomb so badly. If it would've done average business or gone above average, then also it would've helped the music a lot. That put the music on the back foot because the music was part of the whole screenplay and the milieu of the film," the composer told PTI.
Amit who has composed a mixed bag of dance, soft rock, and earthy numbers for Kangana Ranaut' Queen, said that the soundtrack of Bombay Velvet would have made people more aware of jazz music, in the country. "Jazz is something which the Indian audience is not well versed with. So that was an experiment, which some liked and some did not. People, who understand jazz, have taken the music really well. But the ones who did not, the music went above their heads. If the film had worked it would've changed the course of jazz scene in the country."
The composer, who has given hits like Iktara, Manjha and Ishaqzaade said that he is shocked at how sometimes his least favourite songs turn out to be chartbusters, which includes his breakthrough hit Emotional Atyachar.
"While recording a song, you get the feeling that it might do wonders. But sometimes there are songs with which you get the feeling that they won't click, but they work brilliantly. When I composed Emotional Atyachar, I thought the song won't work," he added.
"I never liked the song, since day the day I created it. I was like 'What is this, why am I doing this, it'll run only for 6-7 days'. But I was proved wrong. It happened with Gal Meethi Meethi Bol too. Sometimes I get shocked how these songs worked, because the ones I really wanted to work, they never clicked," he concluded.