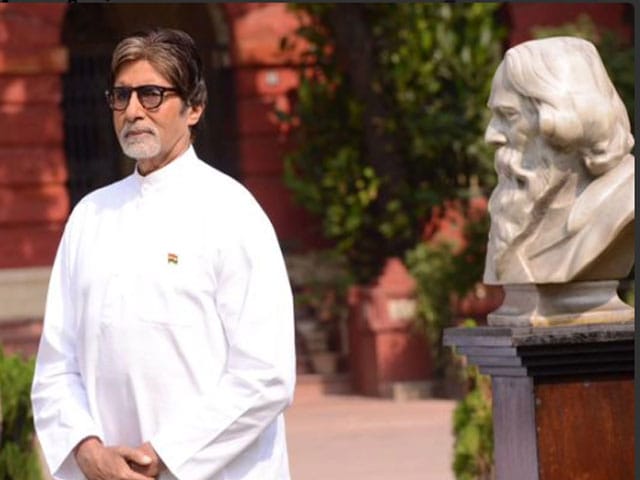 The grand preparations for this year's Republic Day parade, where US President Barack Obama will be chief guest, includes a special rendition of the National Anthem sung by actor Amitabh Bachchan.

Mr Bachchan's rendition of Jana Gana Mana will air on radio and TV, and possibly even find a spot in the parade itself tomorrow.

T 1747 - The National Anthem sung by me, shall be played in theatres and on Tv and radio hopefully on 26th January .. Happy Republic Day !!

T 1747 - A moment of great pride for me, singing the National Anthem in the courtyard of the home of Rabindra Nath Tagore, who wrote it .. !

Mr Bachchan is also rumoured to have been invited to the banquet in honour of Mr Obama at Rashtrapati Bhawan tonight. There is, however, no official confirmation of this.

Amitabh Bachchan was last in Kolkata some months ago to shoot his film Piku in North Kolkata's Laha mansion and at local landmarks like Chowringhee. His other film Shmitabh release on February 6.