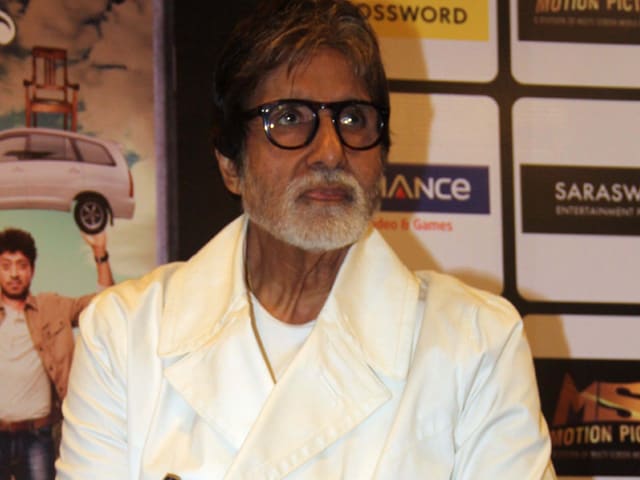 "No matter where you hear it, in whatever condition in whatever situation, there is something about this song this anthem this composition, that leaves you with the power of national pride and place," Big B said

Megastar Amitabh Bachchan, who sang Le Panga as a promotional stint for the Pro Kabaddi League (PKL), will now sing the National Anthem at the opening ceremony of the kabaddi event here on Saturday.
Big B said rendering the 'national identity' in his voice filled his heart with a sense of pride.
Big B, 72, who had also sung the National Anthem for a special music video for Republic Day earlier this year, shared the news on his official blog.
"For the opening of the Pro Kabaddi they ask me to render it (National Anthem) live before the start of the first game in Mumbai, they shall have it sung live for all the games throughout the tournament, by leading figures, choirs, orchestra's and composers, such a wonderful feel it leaves us all with, to be a part of this privilege, to be a part of national identity, national binding and national honour," the actor posted on his official blog.
The National Anthem leaves him with 'goosebumps.'
"No matter where you hear it, in whatever condition in whatever situation, there is something about this song this anthem this composition, that brings the hair on end and leaves you with the power of national pride and place," added the Paa star, whose son Abhishek is also an owner of the Jaipur Pink Panthers Pro Kabaddi team.
The Pro Kabaddi League will feature 60 games played across 37 days in eight cities.