Anushka Sharma sang the song Dum Dum in the music teaser of first song from Phillauri, which set to release tomorrow. She shared it on Instagram 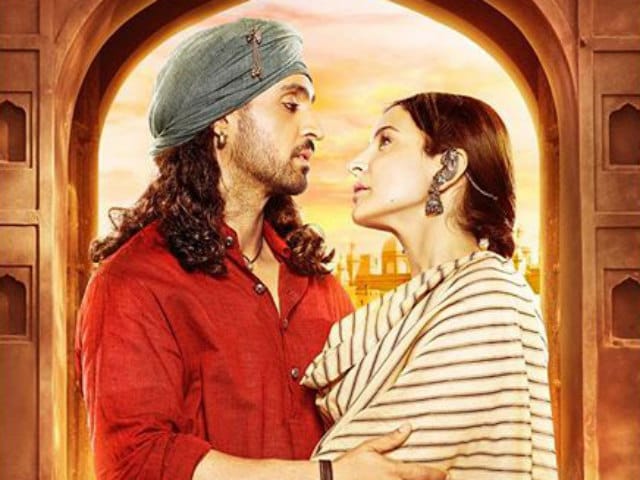 Anushka Sharma and Diljit Dosanjh in a poster of Phillauri

Sultan actress Anushka Sharma posted a small musical teaser of song Dum Dum, the first song from her upcoming film Phillaurion social media. Teasing her fans, she offered a sneak peek of the new song from Phillauri, her film opposite Punjabi actor-singer Diljit Dosanjh. The teaser of the song Dum Dum begins with "Dum Dum udti hai dua, sou pankh laga tere naam k....mera dil phakira ho gaya, chal diya wo tere dham pe." The 28-years-old actress introduced the song and said that she hopes everyone likes it the same way as her. The actress mentioned in the caption of the post that this will be a sufi love song of the movie.


The first Sufi love song of this year #DumDum from #Phillauri will be out tom. Can't wait for you to see it. @officialcsfilms @foxstarhindi @diljitdosanjh

Diljit Dosanjh also joined the actress in sharing the teaser. The actor hummed "Dum Dum Ishqaye Gunjata, Baje Dil Ek Tara Naal Ni" from the song and mentioned that the song is all set to release tomorrow and will be the first song of his upcoming romantic-comedy film Phillauri.

Phillauri is a romantic-comedy movie starring Anushka Sharma and Diljit Dosanjh. The movie under Anushka's second project as a producer and is set to hit the theatres on March 24. The film's first official poster was released on February 3, 2017. Notably, this will be the second time when Anushka and Diljit will share screen space after Udta Punjab.
Anushka's fans and followers have high hopes with the upcoming release as the actress' first production NH10 was highly acclaimed by critics and won awards as well. Post the release of Phillauri, Anushka will start filming Imtiaz Ali's next film Rehnuma with Shah Rukh Khan.