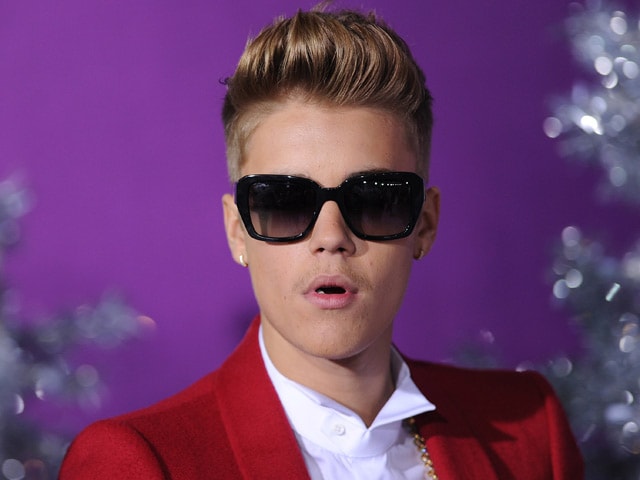 The notice has been issued over the alleged assault of a photographer outside a nightclub in 2013. (Image courtesy: AFP)

An Argentine judge has asked Interpol to issue a Red Notice for the arrest of pop star Justin Bieber over the alleged assault of a photographer outside a nightclub in 2013, his staff said on April 10.
Justin ignored a November court order to appear before the judge in the case, which dates to a stop in Buenos Aires on the Canadian heartthrob's Believe tour.
"We are asking Interpol for Justin Bieber's detention, anywhere in the world. Since he could not be found for his appearance to testify, we request that he be detained," Judge Alberto Banos's secretary told AFP.
She said the request had been made on April 8, after Justin failed to turn up in court within 60 days of his summons.

Interpol, the international police body, does not issue arrest warrants itself, but can send out a Red Notice informing its 190 member states that a suspect is wanted in a particular country.
According to the complaint, a bodyguard, following Justin's orders, forcefully seized photographer Diego Pesoa's camera and cellphone outside a nightclub in the upscale Palermo neighborhood in November 2013.
The 21-year-old star, who once enjoyed a squeaky clean image, has more recently had frequent run-ins with the law, including one in Canada in which he allegedly assaulted a limousine driver.
Last year, he pleaded guilty to lesser charges after taking part in an illegal drag race on a Miami street.
He was also sentenced to two years' probation last year for throwing eggs at the home of a neighbor in California.
The 2013 tour stop, Justin's only visit to Argentina, was peppered with scandals. He was also thrown out of a hotel, and cut one show short after 45 minutes because of a stomach ache, angering some fans.