The team of Wajah Tum Ho, starring Gurmeet Choudhary, Sana Khan and Sharman Joshi, released Dil Ke Paas on Wednesday. According to Arijit's post, the singer feels "cheated" on his voice being modified in the final result. 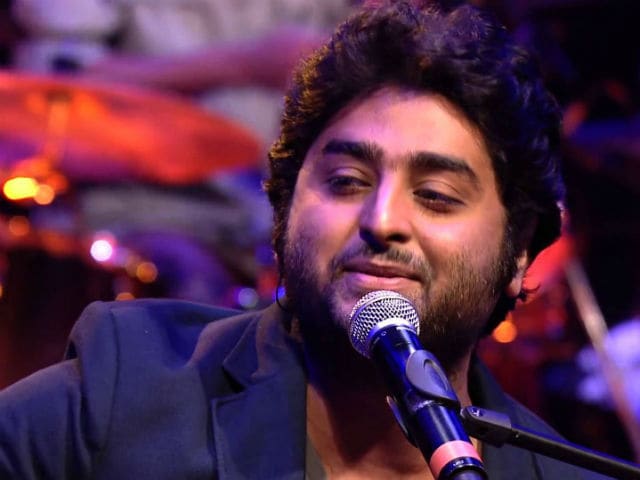 Singer Arijit Singh is at it again. And this time, his wrath on Facebook is directed towards music producer and composer Abhijit Vaghani for allegedly 'retuning' or modifying his voice drastically in the track Dil Ke Paas from the Gurmeet Chaudhary film Wajah Tum Ho.
In a Facebook post, which he later deleted, Arijit publicly accused Abhijit of 'retuning his voice to such an extent' that it was unrecognisable to the singer himself. Wrote Arijit, "I am so ashamed of this rendition and I so love the original. Good luck with your music bro but honestly your sense of tuning and ruining the classic tune is a classic one."

The song Dil Ke Paas is a new version of the classic Kishore Kumar melody Pal Pal Dil Ke Paas from the 1983 film Blackmail which featured actors Dharmendra and Raakhee.
The team of Wajah Tum Ho, which also stars Sana Khan and Sharman Joshi, released the song on Wednesday. According to Arijit's post, the singer feels "cheated." He went to the extent of writing that he wouldn't have sung the song had he known the end result. "A classic insult to the original song."
A statement from Arijit regarding the issue is still awaited. In the meantime, composer Abhijit Vaghani has spoken about Arijit's outburst to radioandmusic.com asking for the 'audience to be the judge'. Said Abhijit, "I have produced background score for 50 films and I have never been accused of anything like this before. Arijit has been a friend for a long time and what I did was according to the mood of the track. As I am the music composer, I wanted his vocals in a particular manner which is suitable for the film as well. When you are contracted with any record label, there are many people involved, and you are supposed to work as a team. Why are you judging your own work? Let the audience be the judge! I did what I had to and no matter what; ego shouldn't come in between professional or personal relationships."
According to Abhijit, Arijit had also sent him a personal message before his Facebook post. The composer, however, has been in talks with producer Bhushan Kumar (of T-Series), who asked him to "pay no heed" to the allegations. "I am not going to reply or react, I am not immature," he added.
Abhijit Vaghani has earlier produced music for films like Dishoom, Azhar, Ki & Ka, Airlift and Bajrangi Bhaijaan, and recently recreated another classic track Pyaar Manga Hai with Armaan Malik and Neeti Mohan for a private album.
This is not, however, the first time that Arijit has stirred controversy on Facebook. The singer had posted an apology letter for Salman Khan post a falling-out with the actor a few months back. Arijit has gained popularity over the last few years for his renditions of songs like Tum Hi Ho from Aashiqui 2, Gerua from Dilwale, and most recently, the title track and Channa Mereya from Ae Dil Hai Mushkil.
Watch Dil Ke Paas here: