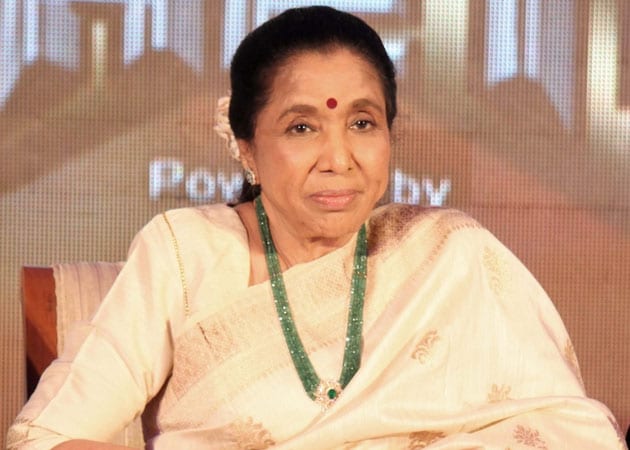 The 81-year-old singer recalled how during earlier days, singers used to listen to the composers and try to "catch" the tune directly from their sessions

"We used to work so hard and therefore, we could churn out so many songs. There was no time for doing shows back then as we used to be so busy," said the Padma Vibhushan awardee, who has apparently crooned more than 12,000 songs in multiple languages.

The 81-year-old crooner recalled how during earlier days, singers used to listen to the composers and try to "catch" the tune directly from their sessions.

However, she lamented, today, even after listening to songs multiple times, aspirants can't get the right tune.

"Even after listening to a song 10 to 15 times, if they can't get it right, then they are of no use. We used to learn directly from the composer. Besides, the music directors today do not sing that well themselves. In our time, all the music directors (like Madan Mohan etc) used to sing very well," she said.

Asha, the younger sister of legendary singer Lata Mangeshkar, has sung for actresses of black-and-white era like Madhubala, Helen and Asha Parekh as well as the new-age heroines like Urmila Matondkar and Kareena Kapoor.

What pains her is the way the classics are replicated and given a modern spin that essentially "ruins" (bigaad dete hain) the original. "We sang songs with a lot of hard work and a lot of effort went in for the rehearsals. After that effort, the songs became hits and ran for a long time.

So, when somebody ruins the compositions through remixes (bigaad dete hain), I feel very bad. Especially when somebody does it to Lata di's songs or Kishore da's songs, I feel anguished. When they sing our songs like that, I wonder why do they do it? Nobody has the voice of Kishore da," she said. Aaiye meherban, Jaaiye aap kahan, Raat akeli hai, Piya tu ab toh aaja, Dum maaro dum, Dil cheez kya hai are Yayi re yayi re are some of her memorable numbers.

She performs live on stage till date and took to the stage at a packed show in Paris earlier this year.