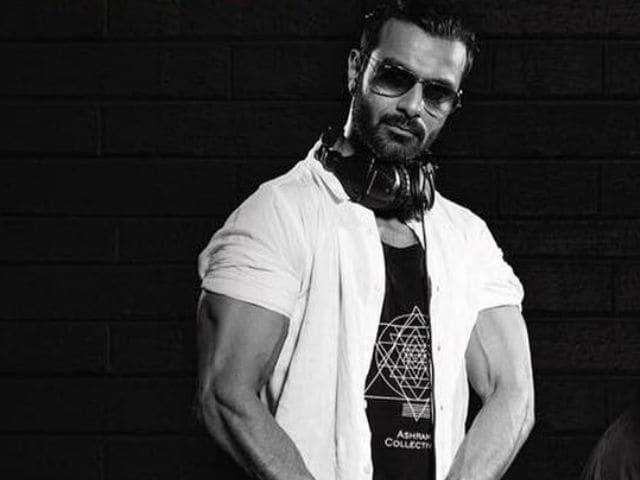 This image was posted on Instagram by Ashmit Patel

Bollywood has-been actor Ashmit Patel has become relevant again, at least online. And all because he has a 'gig' this week. Don't scratch your head. Apparently, Ashmit is also a DJ, and he has been performing for about one and a half years.
After 'DJ Wale Bobby' Deol faced the wrath of his guests for playing Gupt songs all night at an event a few months back, Ashmit is next on the list as Twitter just discovered his second job, and have since then, been Murdering us with their hilarity.
So much so, the poster of his upcoming gig is now a 'meme' in itself.


You either die a hero or live long enough to see yourself become a DJ. pic.twitter.com/1Ovw72zRb8

Someone needs a tutorial in headphones. pic.twitter.com/4pafWk5YyW

How could they not bring Bobby into this?


#SiblingSupportGroup:#AshmitPatel: Bro, I'm a DJ too!#BobbyDeol: Beware of refunds. Cut 90% of my fee! #AshmitPatel: You got paid?

Kudos on the Star Trek reference:

Ashmit, of course, has found humour in the hullabaloo. He pointed out that he's been at it for a long time.


Sorry @indiatimes but your news is a little dated. Started DJing a year and a half ago https://t.co/hrvsMzXnmE

1.5 years or not, people are shocked nonetheless:


When did Ashmit Patel become a DJ : https://t.co/kpqhY3Yvkt

The music world hasn't necessarily warmed up to the idea of actors-turned-DJs but that hasn't deterred Ashmit in persevering in the field. Whether Twitter has a field day or not, DJ Ashmit is performing on September 30 in Mumbai.
Meanwhile, he is also being appreciated for his role in the TV series, Amma.