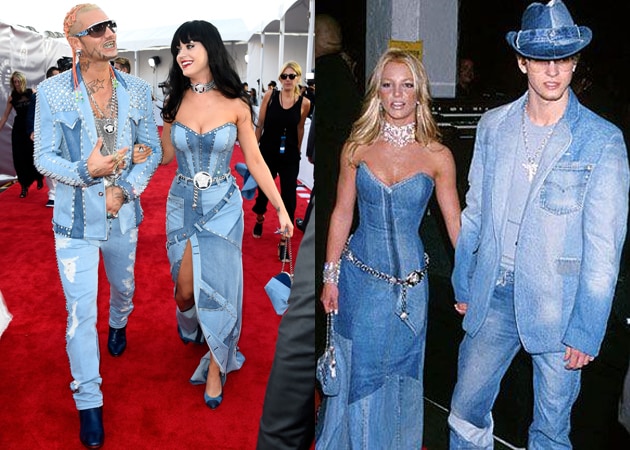 Katy Perry and Riff Raff took it back to 2001 Britney Spears and Justin Timberlake in matching denim, while Amber Rose channeled Rose McGowan, circa 1998, in barely-there silver with cascading silver chains at the MTV Video Music Awards 2014.
Katy popped out of a sports car with the grilled Riff Raff onto the red carpet just before the televised awards began. She called her tight, studded patchwork dress a custom Versace in a "throwback to Britney and Justin," a la the American Music Awards 13 years ago.
"This is how we do the remix," she joked.
Amber, who is married to Whiz Khalifa, went for a Vegas showgirl moment, her chest barely covered with loose loops down to a tiny bikini bottom. The look evoked Rose McGowan oh-so-many years ago.
Ariana Grande upped her sex appeal with an ooh-la-la black leather mini and matching thigh-high boots but kept the signature girly high ponytail while British pop singer Charli XCX wore a yellow tiger-print leotard. 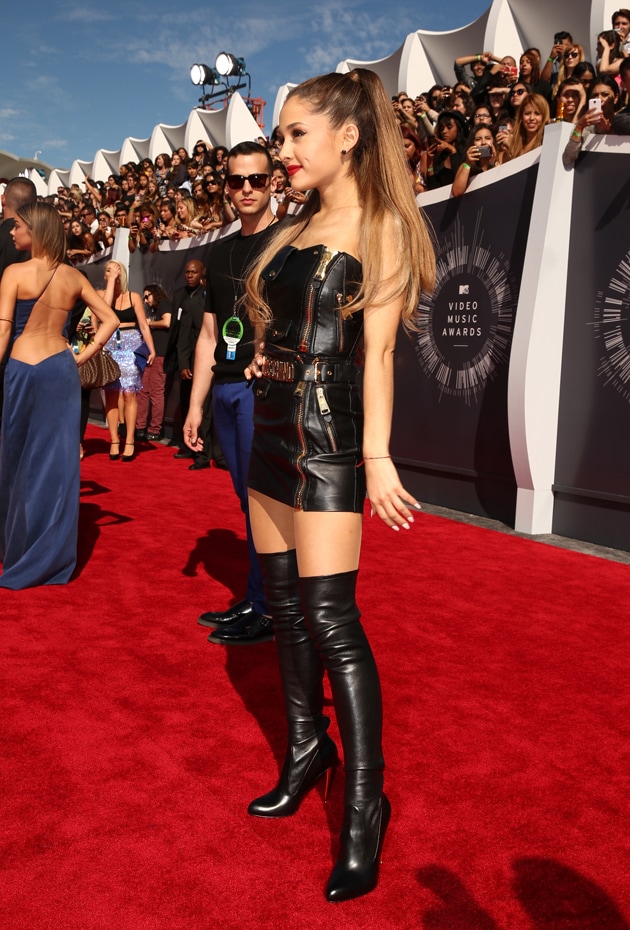 Ariana at the 2014 VMAs. Image: AFP
The 21-year-old Ariana worked long zippers back and front on her strapless Moschino moto look.
Charli's tight animal-print leotard and leggings were designed by the same Italian brand. Designer Jeremy Scott joined Charli in her yellow, yellow world in bright tuxedo tails -- chest bared -- with a big smiley face on the back. 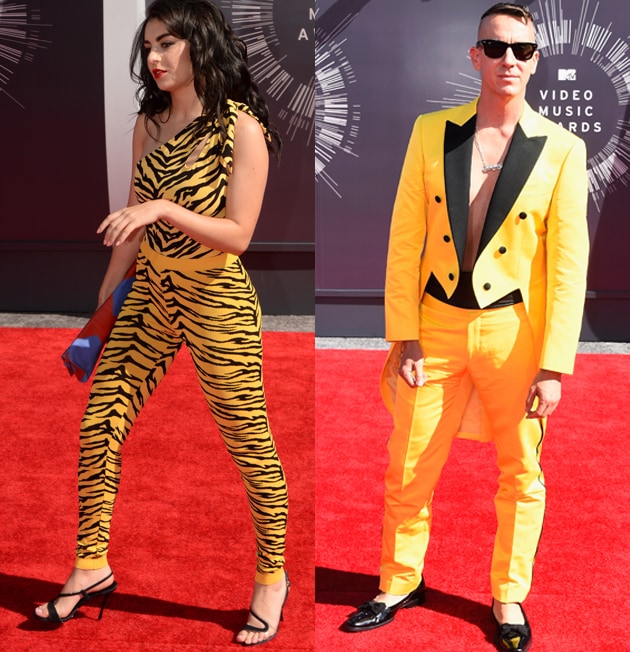 "I feel sexy in it," said Charli, among the early red carpet walkers. "I think my spirit animal is probably a tiger."
Kesha, sometimes a red carpet shocker, went classic in a floor-length sparkler, on a far more subdued carpet than VMAs of yore. 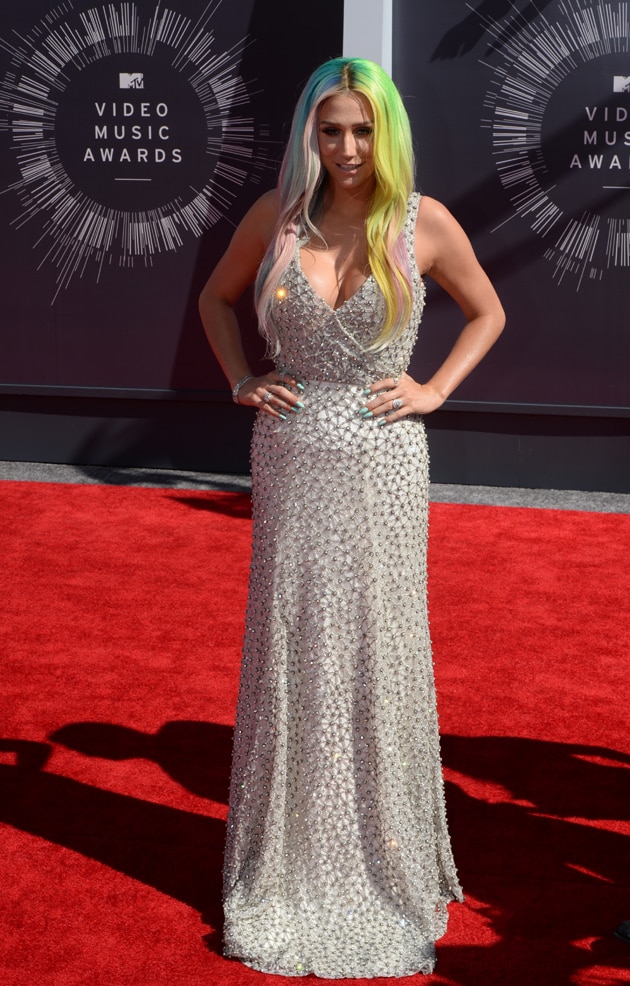 Kesha at the 2014 VMAs. Image: AFP
Taylor Swift arrived in a long-sleeved, blue lace shorty romper with a lettered alphabet theme to go with her new short 'do. It was designed by London-based Mary Katrantzou. 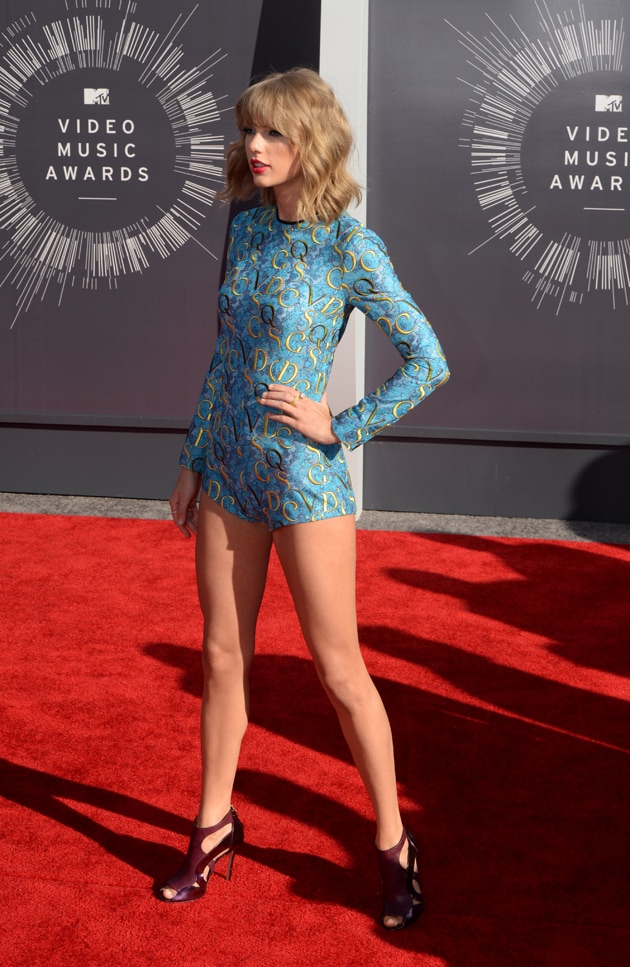 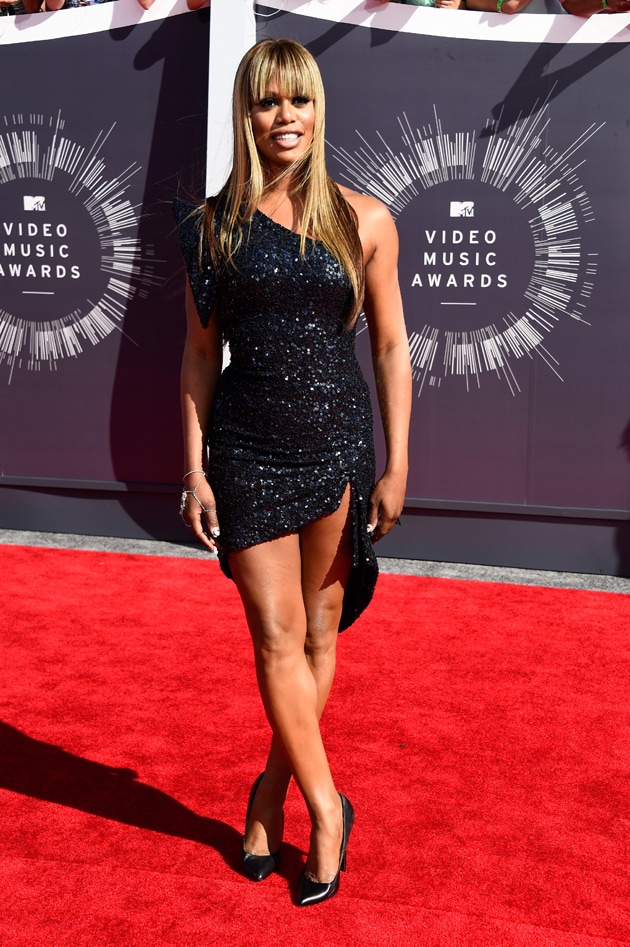 Laverne Cox at the 2014 VMAs. Image: AFP
"Marc has been so good to me," said Laverne, an advocate for trans-women like herself.
She has worn several of his designs in recent months.
"He's one of the few designers in whose showroom I can walk where the clothes will actually fit me, not being a sample size. I think Mark just loves a woman's body," Laverne said.
Jessie J stood out in a pale green vintage Halston goddess gown with a deep V halter, and Jennifer Lopez showed off her curves in silver cutouts. 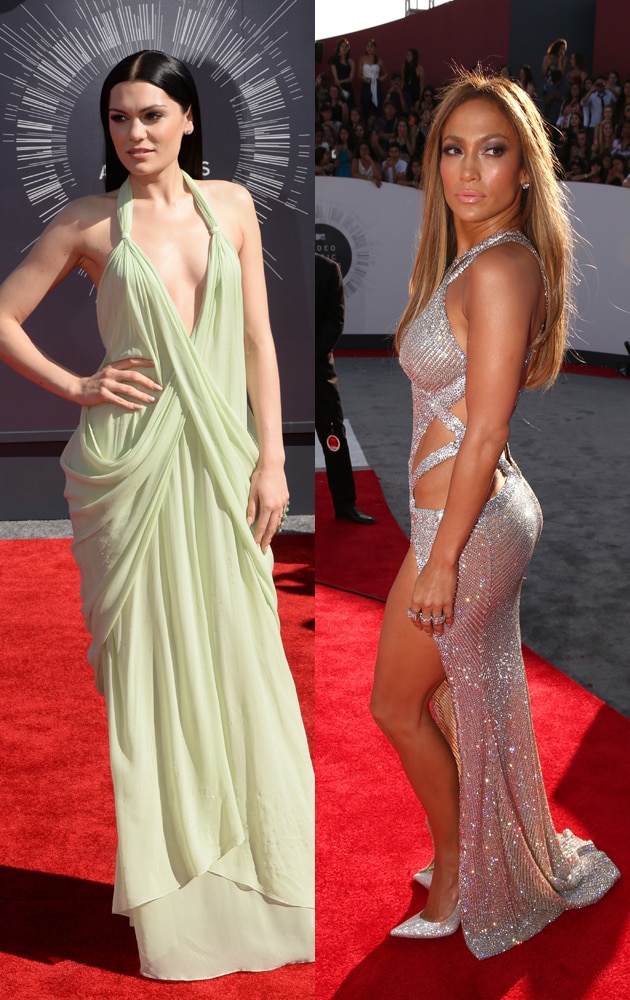 Jessie and Jennifer at the 2014 VMAs. Image: AFP
Rita Ora, in a Donna Karan Atelier classic backless red dress with a high side slit, finished her look with a slicked-back down 'do not unlike that of Iggy Azalea, who wore blue Versace. 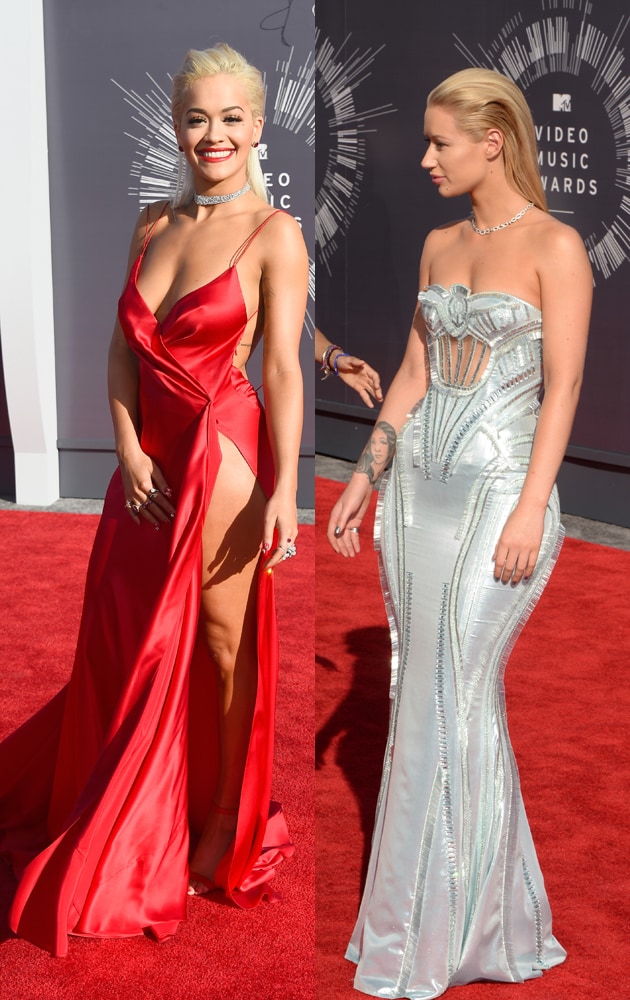