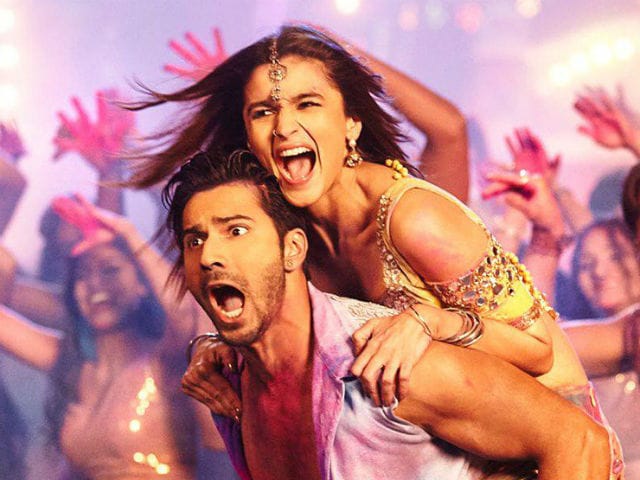 The first song of Alia Bhatt and Varun Dhawan's upcoming film Badrinath Ki Dulhania is out and we bet Badri and his dulhania will force you to put your dancing shoes on. The song is a remixed version of Chalat Musafir Moh Liyo Re and is composed by Tanishk Bagchi. Badri Ki Dulhania is definitely the Holi anthem of this season. Alia, who plays Vaidehi Jha in the film is seen wearing a yellow lehenga and pink ensemble and Varun, who features as Badrinath Bansal shows his abs. Badri Ki Dulhani has been sung by Dev Negi, Neha Kakkar, Monali Thakur and Ikka.
Watch Varun and Alia in Badri Ki Dulhania song and get drenched in the festive mood:

The trailer of the film was released last week. In the three minute-long video, we saw Badri leaving no stone unturned in winning over his lady love Vaidehi. Badrinath Ki Dulhania is a sequel to Alia and Varun's 2014 film Humpty Sharma Ki Dulhania. The film was modelled on Shah Rukh Khan and Kajol's Dilwale Dulhania Le Jayenge. The trailer also featured the hit song Tamma Tamma Loge from Madhuri Dixit's 1989 film Thanedaar.
Watch the trailer of Badrinath Ki Dulhania:

During the trailer launch of Badrinath Ki Dulhania, Varun Dhawan said that he feels his co-star Alia Bhatt would be a good bahu.
Alia, 23, and Varun, 29, debuted in 2012 with Karan Johar's Student Of The Year. This is the third time that the actors are sharing screen space. Alia and Varun's other castmates in Badrinath Ki Dulhaniaare Gauhar Khan, Mohit Marwah, Shweta Basu Prasad, Girish Karnad and Anupama Kumar. Directed by Shashank Khaitan and produced by Karan Johar's Dharma Productions,