Humsafar song was released on YouTube on Friday. The song shows how love blossoms between Badri and his dulhania Vaidehi 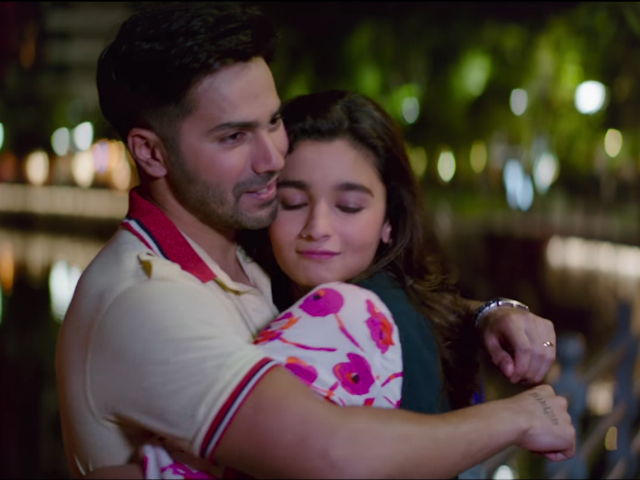 Varun and Alia will be sharing the screen space for the third time.

After grooving to Tamma Tamma and the title track of Badrinath Ki Dulhania, the makers of the film have released a melodious song titled Humsafar. This romantic number has been sung, written and composed by Akhil Sachdeva. Mansheel Gujral has also joined Akhil for the song. In the video, you can see how love between Badri, played by Varun Dhawan, and Vaidehi, played by Alia Bhatt, blossoms. The strong rapport that the Dear Zindagi actress and the Badlapur actor share on screen can be seen in the song. Badrinath Ki Dulhania is a sequel to Alia and Varun's 2014 film Humpty Sharma Ki Dulhania.
Watch the soulful song of Badrinath Ki Dulhaniahere:

Badrinath Ki Dulhania has been directed by Shashank Khaitan and produced by Karan Johar under Dhrama Productions banner. The film is scheduled to release in theatres on March 10. The movie also features Gauhar Khan, Mohit Marwah, Shweta Basu Prasad, Girish Karnad and Anupama Kumar.
Varun and Alia Bhatt, who had made their Bollywood debut with the 2012 movie Student Of the Year along with Sidharth Malhotra, will be collaborating for the third time. They had also made an appearance in Karan Johar's chat show Koffee With Karan to promote their upcoming film.
Alia Bhatt was last seen in Gauri Shinde's Dear Zindagi along with Shah Rukh Khan. The 23-year-old actress has teamed up with Ranbir Kapoor for Ayan Mukerji's next project Dragon. She will also be romancing Ranveer Singh in Zoya Akhtar's Gully Boy.
Meanwhile, Varun Dhawan, who was last seen in 2016 movie Dishoom, has begun shooting for David Dhawan's Judwaa 2. The film is a sequel to the 1997 comedy fim Judwaa starring Salman Khan, Karisma Kapoor and Rambha.