Badshah Breaks Silence, Says Honey Singh Is 'Away From The Scene' 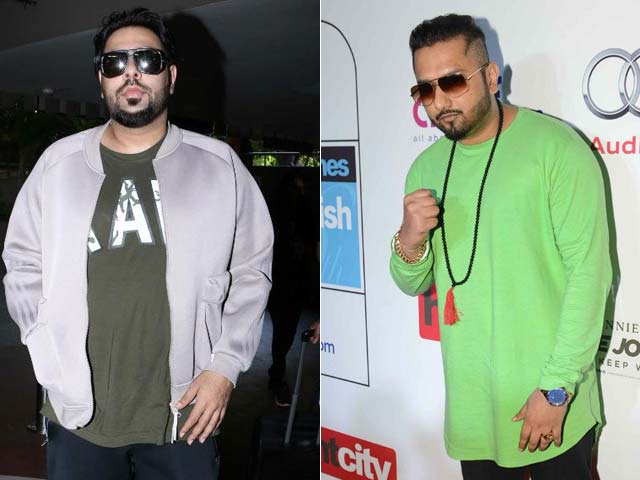 Rapper Badshah is keeping very busy these days - he just rapped for the new party anthem Move Your Lakk from Sonakshi Sinha's Noor and also helped revamp Tamma Tamma from 1990's action film Thanedaar for Alia Bhatt and Varun Dhawan's Badrinath Ki Dulhania. He has recently sung a rendition of a pahadi song with Jubin Nautiyal, which went viral. Meanwhile, warring rapper Honey Singh's last Bollywood composition was for a song in 2015's Bhaag Johnny. In a recent interview with Mid-Day, Badshah was asked about Honey Singh's "Rolls-Royce and Nano" comment and he said he's unperturbed by what the Birthday Bash singer says as he is not as prominent a star as he was before. "He is away from the scene; I do not want to say anything now. I am only doing what I enjoy," Mid-Day quoted Badshah as saying.
For the uninitiated, Honey Singh made a comeback after a gap of 18 months with a performance in Dubai last year due to his struggle with bipolar disorder and alcoholism. This was the time when Badshah's career as a rapper reached a high. At the side-lines of the event in Dubai, Honey Singh was asked if he considers Badshah as a probable competition and he said: "Rolls-Royce aur Nano main farq hota hai."
Honey Singh and Badshah were part of the rap group titled Mafia Mundeer till they parted ways in 2012. Honey Singh also made headlines because of his fallout with Raftaar, another ex-member of Mafia Mundeer. In June last year, Raftaar "vouched" to never collaborate with Badshah after an exchange of oblique and rude comments.
Earlier last year, Honey Singh opened up about battling bipolar disorder and told news agency IANS: "As an artiste, I believe that I am not my own property. I am the property of my fans. So I thought that they deserve to know about what exactly happened to me."
Watch Badshah's Move Your Lakk here:

Apart from his music, Honey Singh has starred films like Zorawar, The Xpose and Tu Mera 22 Main Tera 22 while Badshah recently worked for songsfrom movies like Ok Jaanu, Shivaay and Ae Dil HaiMushkil.