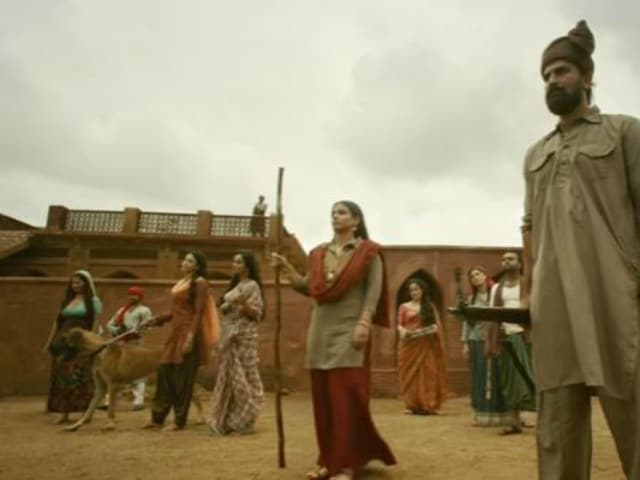 Begum Jaan is releasing on April 14

Actress Vidya Balan's upcoming movie Begum Jaan's second song Aazaadiyan is released and it depicts the story of independence. The song, which is sung by Sonu Nigam and Rahat Fateh Ali Khan, is about how on just an order by India's last Viceroy Louis Mountbatten, India and its people were divided over cast and religion. The song starts with the narration by Amitabh Bachchan and the song follows. Begum Jaan is the story of a brothel madam, Vidya Balan, in Punjab, who refuses to leave her home at the time of Partition when told that the Radcliffe Line would be drawn through her home. The movie tracks the story of the fight for independence by strong women.
Watch Aazaadiyan from Begum Jaan:

Begum Jaan's first song Prem Mein Tohrewas released last week. Prem Mein Tohre on contrary to Aazaadiyan was all about reminiscing love and was sung by Asha Bhosle.
Vidya Balan said in a recent interview given to Times Of India that the film's script is what convinced her to do the film. The 38-year-old actress said: "I think it's the script that prepares me. It had it all. Srijit's writing and Kausar Munir's dialogues really did half the job. I spent a lot of time with Srijit trying to understand Begum Jaan. Where she came from. I think through all my chats that preparation happened."
Begum Jaan is the Hindi adaptation of 2015 Bengali film Rajkahini, which dealt with the Bengal Partition. The movie also stars Naseeruddin Shah, Ila Arun, Gauahar Khan, Pallavi Sharda and Rajit Kapoor in pivotal roles. Directed by Srijit Mukherji and produced by brothers Mahesh and Mukesh Bhatt, the movie is set to hit the theatres on April 14.