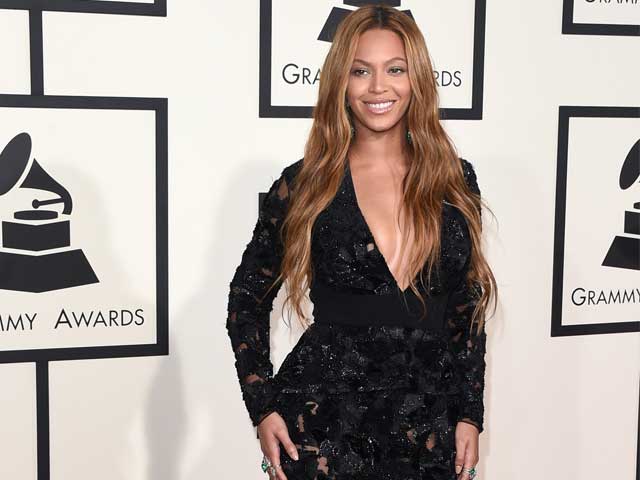 Beyonce's rise to super-duper-stardom was nothing short of meteoric

With three new trophies bringing her Grammy haul to 20, Beyonce became the second most-awarded female artiste ahead of Aretha Franklin and behind Alison Krauss

Beyonce wasn't even the biggest winner at the Grammy Awards this year, but she owned the night - as she does. With three new trophies bringing her Grammy haul to 20, Beyonce became the second most-awarded female artiste ahead of Aretha Franklin and behind Alison Krauss. She also performed a soaring rendition of the gospel favourite Take My Hand, precious Lord. Plus, she killed it on the red carpet in black Proenza Schouler.

Beyonce's rise to super-duper-stardom was nothing short of meteoric and began as frontwoman of all-girl R&B group Destiny's Child in the late 1990s. Destiny's Child became one of the world's best-selling girl groups of all time, with hits like Bootylicious, Independent Woman and Survivor, and paved the way for Beyonce's solo career. She released her first solo album, Dangerously in Love, in 2003, winning five Grammys. The singles Crazy in Love and Baby Boy topped the charts.

Dangerously in Love was followed by four studio albums - B'Day, I Am...Sasha Fierce, 4 and Beyonce - and the hit singles Beautiful Liar, if I Were A Boy, Halo, Single Ladies, Run The World (Girls), Drunk in Love and Flawless. Each album brought with it Grammy after Grammy, as well as countless other awards.

When she wasn't in the studio or in concert, Beyonce was facing the arclights. Beginning with a lead role in 2001's Carmen: A Hip Hopera, Queen Bey steadily forged an acting career in parallel to her musical one. She starred in Austin Powers in Goldmember (2002), The Pink Panther (2006) and Obsessed (2009). Her performance as singer Deena Jones in Dreamgirls, a musical based on the Diana Ross-led Motown group The Supremes, earned her a Golden Globe nomination for Best Actress - Comedy/Musical.

Beyonce is also considered a fashion powerhouse, running the clothing line House of Dereon with her mother Tina. She is involved in philanthropy, endorses brands such as Pepsi and has performed at both of US President Barack Obama's inaugural balls.

Beyonce and rapper Jay-Z are believed to have fallen in love while collaborating on Jay's 2002 song 03 Bonnie and Clyde. Beyonce and Jay-Z married quietly in 2008 and welcomed daughter Blue Ivy in 2012. They have continued to make beautiful music together - including Bey's first hit single Crazy in Love and latest hit single Drunk in Love. Much of their collaborative work has documented their life together, including their struggle to have a baby and the birth of their daughter.

Bey and husband Jay are regulars on the Forbes rich list. Together and separately, they are considered power players not just in showbiz but also in the world beyond.