Adele came in second with eight nominations. All but seven were for the chart-topping English balladeer's Hello, which with more than 1.6 billion views is the fifth most watched video ever on YouTube 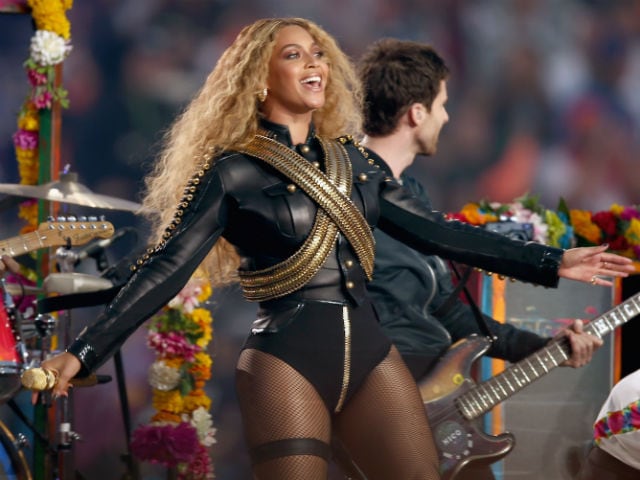 Beyonce led nominations for the MTV Video Music Awards as she basked in acclaim for her intertwined film album Lemonade.
Beyonce was in the running for 11 awards at MTV's annual extravaganza, which will take place on August 28 in New York's Madison Square Garden, a shift from the more common venue in Los Angeles.
Adele came in second with eight nominations. All but seven were for the chart-topping English balladeer's Hello, which with more than 1.6 billion views is the fifth most watched video ever on YouTube.
Hello, filmed by the Canadian director Xavier Dolan, shows Adele on the phone with a younger version of herself and was the first music video created for the high-resolution IMAX format. Hello was in the running for Video of the Year against Beyonce's Formation, the most overtly political work of the former Destiny's Child singer's career as she aligned herself with the Black Lives Matter protest movement.
Filmed by Melina Matsoukas, Formation at one point, shows a row of police officers with their hands in the air and graffiti on a wall that reads, "Stop shooting us."
The video riled some conservative commentators and law enforcement groups who voiced anger when Beyonce performed the song at the Super Bowl, the most watched television event of the year.
Shot in New Orleans, Formation marked a shift in sound by Beyonce to the southern city's bounce hip-hop scene.
Formation was her first single off her album Lemonade, which she released in April to accompany a film that she made for HBO.
The album and film are full of references to infidelity as well as forgiveness, drawing speculation that Beyonce's husband, rap mogul Jay Z, had been unfaithful.
If Beyonce sweeps the awards, she would make MTV history. Peter Gabriel holds the record for the most VMAs in a single night, taking home 10 in 1987 amid a global following for his animation-driven Sledgehammer.
Posthumous nods for David Bowie
Other nominees for Video of the Year included Kanye West's controversial Famous.
Also in the running for the top prize were two videos dominated by dancing -- rapper Drake's Hotline Bling and pop celebrity Justin Bieber's Sorry.
Justin Bieber's Sorry is the sixth most watched video ever on YouTube, closely trailing Adele's Hello, which was released on the same day last year.
The late rock icon David Bowie's video for Lazarus took four nominations, although not in the main categories.
Mr Bowie, who embraced music videos as an art form when MTV was in its infancy, released Lazarus three days before stunning the world with his death from an unannounced battle with cancer.
The video, in hindsight, was full of foreshadowing of his death with the singer levitating over a hospital bed and retreating into a closet with outfits from his prolific music career.
'Disappointed' Nick Jonas
The VMAs have often been more closely watched for incidents at the televised gala than for actual winners, who are determined by fan voting.
At last year's awards, Kanye West vowed to run for president in 2020, although his level of seriousness was unclear.
In one small controversy already this year, Nick Jonas said on Twitter that he was "disappointed" as he was not nominated for Closer.
But minutes later, the onetime child star tweeted that he would not let himself be bothered by "small stuff."
"Actually after thinking about it more, there are so many amazing things happening in my life and career. Nine out of 10 boxes are checked."
(Except for the headline, this story has not been edited by NDTV staff and is published from a syndicated feed.)