Lemonade quickly became a top trending topic. The movie opens with accusations of betrayal as Beyonce travels across New Orleans 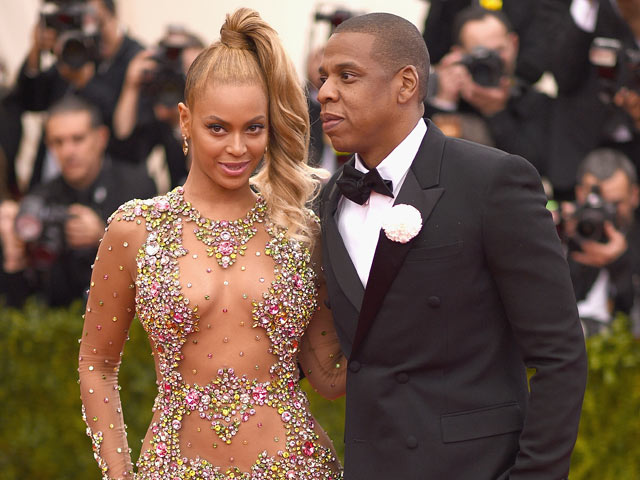 Pop superstar Beyonce on Saturday released a musically diverse new album (http://beyonce.tidal.com/) in the form of a film as she paid a bold tribute to the perseverance of African American women.
Lemonade was advertised only as a special on cable network HBO but, in a move anticipated by her passionate fan base, she dropped an album by the same name in the middle of the broadcast.
The visual-album marks the second straight work in which the 34-year-old pop queen has experimented with merging formats -- which could also include social media, where Lemonade quickly became a top trending topic.
The film, crafted through the album's songs and verse from the Somali-British poet Warsan Shire against a Southern Gothic backdrop, follows Beyonce's emotional journey as she tackles infidelity but also the larger experience of African American women.
Beyonce's sixth studio album brings in a range of musical all-stars, with Don't Hurt Yourself co-written by members of Led Zeppelin and the most anthem-like track, Freedom, featuring acclaimed rapper Kendrick Lamar.
The movie opens with accusations of betrayal as Beyonce travels across New Orleans, smashing up cars as she rages against the sexual transgressions of her partner.
"You ain't married to no average bitch, boy," she proclaims on Don't Hurt Yourself, performed with garage rocker Jack White.
"This is your final warning / You know I give you life," Beyonce sings, warning that if her husband's infidelity does not end, "you're gonna lose your wife."
Making most with lemons
The subject matter immediately triggered a fury of speculation on social media that Lemonade was an artistic announcement of separation from her real-life husband, rap mogul Jay-Z.
But towards the end of the film, Beyonce heads into a chapter entitled Forgiveness as she is seen embracing a sullen Jay-Z, whose best-known songs before his 2008 marriage included Big Pimpin."
In further evidence that they are still together, Beyonce released the album of Lemonade exclusively on the Tidal streaming service led by Jay-Z.
Beyonce, who appears alongside African American women throughout the film, draws the theme of Lemonade early on with a snippet from late civil rights leader Malcolm X, who says: "The most disrespected person in America is the black woman."
But their pain, in Lemonade, is not just about infidelity. In one of its film's most powerful moments, the camera turns without comment to the mothers of three young African American men -- Michael Brown, Eric Garner and Trayvon Martin -- whose deaths have triggered nationwide outrage, as the women lovingly clutch their son's pictures.
Beyonce reinforces the maternal theme with a snippet from her own late grandmother, Agnez Dereon, who says: "I had my ups and downs but I always find the inner strength to pull myself up."
"I was served lemons, but I made lemonade," she says.
Branching out musically
Beyonce - who became a superstar on innocuous songs such as Single Ladies (Put a Ring on It) -- startled many listeners in February when she put out the first Lemonade single, Formation, whose video takes the mantle of the Black Lives Matter movement.
Formation -- which appears only in the closing credits of the Lemonade film -- shows Beyonce's increasingly diverse musical instincts with the song driven by New Orleans-style bounce hip-hop.
Beyonce wrote two songs on Lemonade with Diplo, the Los Angeles electronic producer who has crafted Justin Bieber's new sound, and even fuses in touches of country, as well as New Orleans jazz, on Daddy Lessons.
The pop star also tapped The Weeknd and Father John Misty, sensations in R&B and indie rock, and adapts a chorus from punk revivalists the Yeah Yeah Yeahs.
Yet she also returns to the big-hearted ballads for which she is renowned on Sandcastles, written with the Chicago poet Malik Yusef.
Lemonade is Beyonce's first full-length album since her self-titled release in late 2013.
The Beyonce album also incorporated a strong visual component, with short films to accompany the music.
But the theme of the 2013 album was far different, as it dealt with passion and monogamy, with the song Drunk In Love an ode to marital bliss sung in duet with Jay-Z.