Blog: Sunny Leone, Can You Not? Your New Video is Beyond Offensive 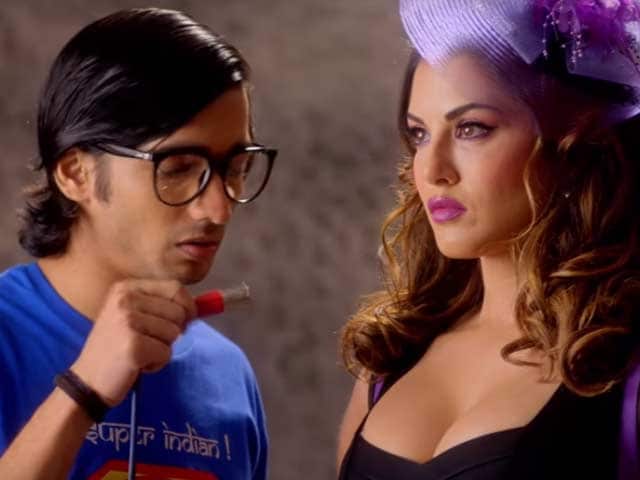 Sunny Leone in a still from Super Girl From China

"Super Girl From China, the new music video starring Sunny Leone, wastes no time at all in establishing itself as sexist, distasteful, offensive and utterly ridiculous. From the very first scene, in which the vital statistics of its heroine are described, the video sets itself out as degrading to and dismissive of women"

Baby Doll is so 2014. Super Girl From China, the new music video starring Sunny Leone, wastes no time at all in establishing itself as sexist, distasteful, offensive and utterly ridiculous. From the very first scene, in which the vital statistics of its heroine are described, the video sets itself out as degrading to and dismissive of women. I have rarely been so offended as I was while watching this - and I couldn't even do that till the end. (Also Read: I am Promoting Safe Sex: Sunny Leone on Criticism of Condom Ad)
Sunny Leone, seen this year in the films Ek Paheli Leela and Kuch Kuch Locha Hai, stars as a mannequin come to life in the video for Kanika Kapoor's new song - the merit of which I cannot comment upon because it's impossible to shift focus from the absurdity of what's happening on screen to the soundtrack that accompanies it. Completely unlike the charming 1987 film Mannequin which starred Sex And The City actress Kim Cattrall as a shop window dummy who comes to life at night, Super Girl From China is a vile masterclass in how to objectify women.
Sunny, formerly an adult film star, is cast as a life-size doll ordered from China for the gratification of a 'geek' who, it appears, has neither a girl nor a life. What he does have are a group of 'friends' who procure for him the Super Girl of the title, From China no less. When she arrives, is unboxed and assembled, Geek discovers he has to 'charge' her, after having identified into which body part the plug goes (yes, it's vulgar in the extreme).
Geek wakes the next morning to find that not only is Super Girl fully charged, she has magically been clothed in a sexy maid's outfit and is making him breakfast. Her other talents include bathing Geek and nursing Geek.
Super Girl From China is offensive and insulting beyond belief, undoing any goodwill that Sunny Leone may have gathered in September, when public opinion went largely in her favour after a politician warned that a condom commercial featuring the actress would lead to a rise in rapes. For me, the video's sins are compounded by the fact that there is a woman in the driver's seat and a woman riding shotgun - that Kanika Kapoor and Sunny Leone could participate in an exercise so utterly demeaning to their gender is as disheartening as it is baffling and feels like a betrayal of sorts. Mika Singh is credited in the song but it's hard to look beyond Kanika Kapoor and Sunny Leone.
Super Girl From China has been available on T-Series' YouTube channel for two days now with little or no objection made by anyone. This is odd in a year when India was offended by almost everything from the now deleted AIB Roast to actor's Aamir Khan's comments on 'intolerance.' Equally odd is the fact that it has escaped the attention of the Censor Board - which has been ruthless and zealous in ordering dialogues and scenes that it disapproves of chopped from films. If James Bond can be made to toe the sanskaari line, surely Super Girl From China deserves the axe entirely.
I am plainly not Super Girl From China's target audience. But is anyone? Watch the video here, if you can:

Gitanjali Roy is Lifestyle Editor at NDTV Convergence.
Disclaimer: The opinions expressed within this article are the personal opinions of the author. The facts and opinions appearing in the article do not reflect the views of NDTV and NDTV does not assume any responsibility or liability for the same.